US lifts two sanctions to allow aid in Afghanistan 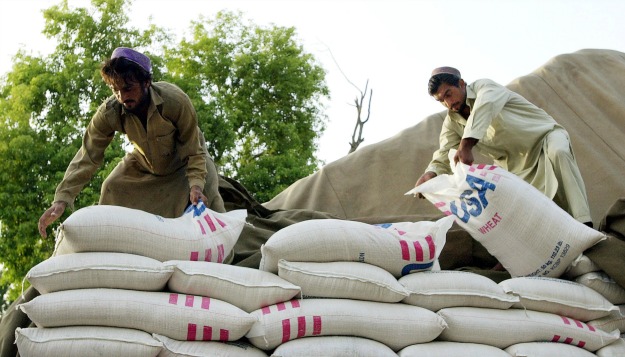 WASHINGTON: On Friday, amidst the political chaos in Afghanistan, the United States has decided to give relief to its sanctions levied on Afghanistan to avert a humanitarian crisis in the war-torn country.

The US government, aid groups and international organizations are allowed because of the provisions “to engage in the provision of humanitarian assistance to Afghanistan or other activities that support basic human needs” there, the US Treasury said in a statement.

Moreover, they also allow “certain transactions related to the exportation or re-exportation of agricultural commodities, medicine, and medical devices,” the statement said.

“Treasury will continue to work with financial institutions, international organizations and the nongovernmental organization community to ease the flow of critical resources, like agricultural goods, medicine, and other essential supplies, to people in need,” said Andrea Gacki, director of the Treasury’s Office of Foreign Assets Control.

On the other hand, Washington will continue “upholding and enforcing our sanctions against the Taliban, the Haqqani network, and other sanctioned entities.”

Earlier, after the Taliban’s takeover in Afghanistan, all the financial aid had been blocked which led to a mounting economic crisis in the country as fuel and food prices run short.

The IMF and the World Bank ruled out activities in the country following the Taliban takeover, which meant blocking aid as well as $340 million in new reserves issued by the IMF last month.

Meanwhile, Washington is also blocking access to much of the $9 billion in Afghan reserves held overseas, fueling the cash crunch that the ousted government’s central bank chief warns could create an economic crisis.