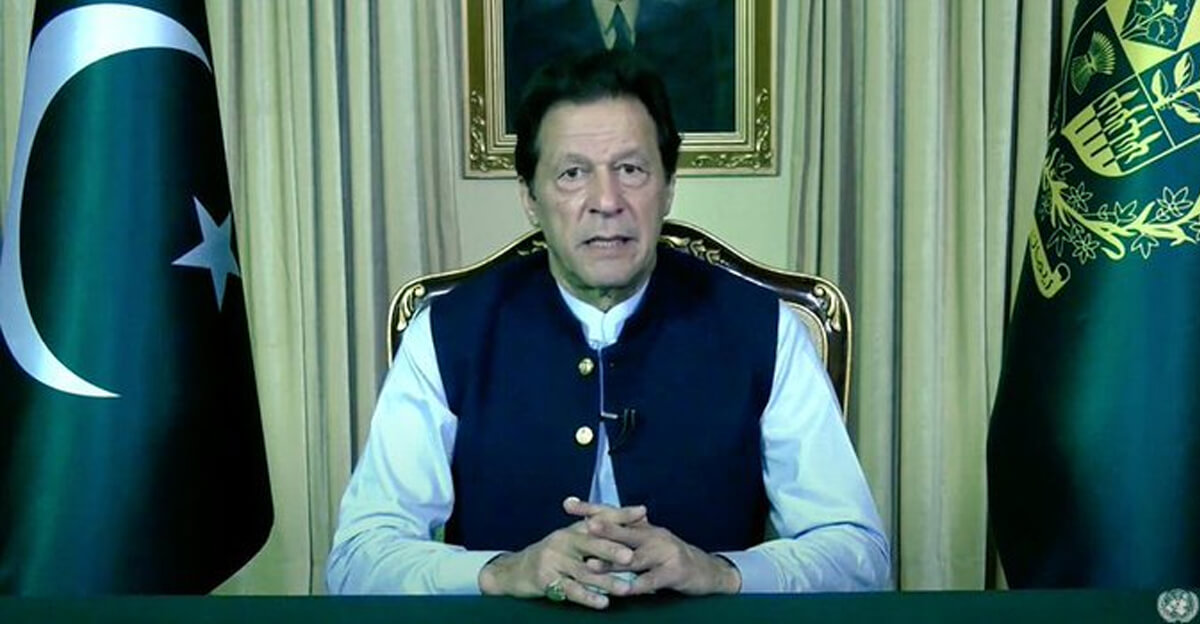 Prime Minister Imran Khan used his address to the UN General Assembly to come down hard on the West for scapegoating Pakistan for their failures in Afghanistan and asked to incentivise the country to prevent another civil war.

The premier asserted that the country that suffered the most, apart from Afghanistan, was Pakistan after it joined the US War on Terror following 9/11.He said right now the international community must think about the way ahead.

Khan said, “If we neglect Afghanistan right now, according to the UN half the people of Afghanistan are already vulnerable, and by next year almost 90% of the people in Afghanistan will go below the poverty line.”

The prime minister warned that there is a huge humanitarian crisis looming ahead, saying this will have serious repercussions not just for the neighbours of Afghanistan but everywhere. “A destabilized, chaotic Afghanistan will again become a safe haven for international terrorists – the reason why the US came to Afghanistan in the first place,” he said.

He drew the General Assembly’s attention to how the worst form of Islamophobia now rules India and how the hate-filled Hindutva ideology of the RSS has spread a wave of fear across the region.He also pointed to New Delhi’s policy of the ‘final solution’ in Occupied Kashmir, especially how India’s actions violate the UN Security Council’s resolutions.

Moreover, the prime minister asked for help regarding the Covid-19 pandemic and said the world is facing a triple challenge of the virus, the accompanying economic crisis, and the threats posed by climate change.

The virus does not discriminate between nations and people, he said.The premier said that common threats faced by everyone today not only expose the fragility of the international system, but they also underscore the oneness of humanity.

He said Pakistan has been successful so far in containing the Covid pandemic due to the calibrated strategy of ‘smart lockdowns’ which helped save lives and livelihoods and kept the economy afloat.