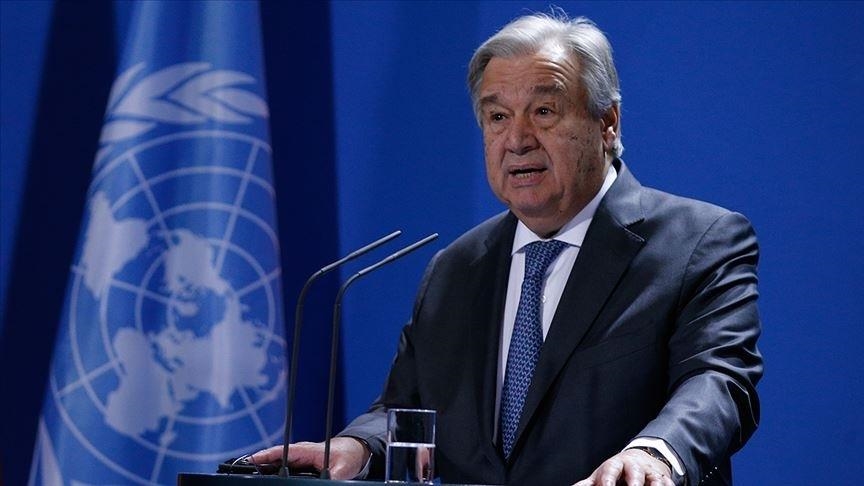 UNITED NATIONS: UN Secretary-General Antonio Guterres has warned that no region is immune to climate disasters, and that “our window of opportunity” to prevent the worst climate impacts is “rapidly closing”.

Speaking in a UN Security Council debate on climate and security, he drew attention to the “deeply alarming” report of the Intergovernmental Panel on Climate Change (IPCC) last month, and said that “much bold climate action is needed” to maintain international peace and security.

He urged the G20 industrialised nations to step up and drive action before the UN Climate Conference (COP26) in Glasgow, Scotland, in early November. Against the backdrop of wildfires, flooding, droughts and other extreme weather events, the UN chief said that “no region is immune”. And he pointed out that the climate crisis is “particularly profound” with compounded by fragility and conflict.

Describing climate change and environmental mismanagement as “risk multipliers”, he explained that last year, climate-related disasters displaced more than 30 million people and that 90 per cent of refugees come from countries least able to adapt to the climate crisis.

Many of these refugees are hosted by States also suffering the impacts of climate change, “compounding the challenge for host communities and national budgets”, Guterres told ambassadors, adding that the COVID pandemic is also undermining governments’ ability to respond to climate disasters and build resilience.

Maintaining that “it is not too late to act”, the top UN official highlighted three “absolute priorities”, beginning with capping global warming at 1.5 degrees Celsius. To avert catastrophic climate impacts, he urged all Member States to up their Nationally Determined Contributions (NDCs) – plans through which countries commit to increasingly ambitious climate action – before COP26 and to translate those commitments into “concrete and immediate action”.

“Collectively, we need a 45 per cent cut in global emissions by 2030”, he said. To address the dire impacts of climate disruption, Mr. Guterres stressed the need for adaptation and resilience, which he maintained requires committing at least half of global climate finance to build resilience and support adaptation.

“We simply cannot achieve our shared climate goals – nor achieve hope for lasting peace and security – if resilience and adaptation continue to be the forgotten half of the climate equation”, he said. Climate adaptation and peace-building “can and should reinforce each other”, he said, highlighting cross-border projects in West and Central Africa that have “enabled dialogue and promoted more transparent management of scarce natural resources”.

And noting that “women and girls face severe risks from both climate change and conflict”, he underscored the importance of their “meaningful participation and leadership” to bring “sustainable results that benefit more people”. The UN is integrating climate risks into conflict prevention, peace-building initiatives and its political analysis, the secretary-general explained.

“The Climate Security Mechanism is supporting field missions, country teams and regional and sub-regional organisation [and] work is gaining traction in countries and regions where the Security Council has recognised that climate and ecological change are undermining stability”, he said.

Acknowledging that 80 percent of the UN’s own carbon emissions come from its six largest peacekeeping operations, Guterres said the Organisation had to do better. He assured that the UN is working on new approaches to shift to renewable energy producers, which will continue “beyond the lifetime of our missions”.

“We are all part of the solution. Let us all work together to mitigate and adapt to climate disruption to build peaceful and resilient societies”, the Secretary-General added. Chairing the meeting, Ireland’s Prime Minister Micheal Martin underscored the importance for the 15-member body to take a greater role in climate assessment and mitigation, including through peacekeeping operations and mandates.“People affected by climate change-driven conflict depend on this Council for leadership”, he said. “Now is the moment for the Council to act”.