‘Side-eyeing Chloe’ iconic meme to be sold as NFT 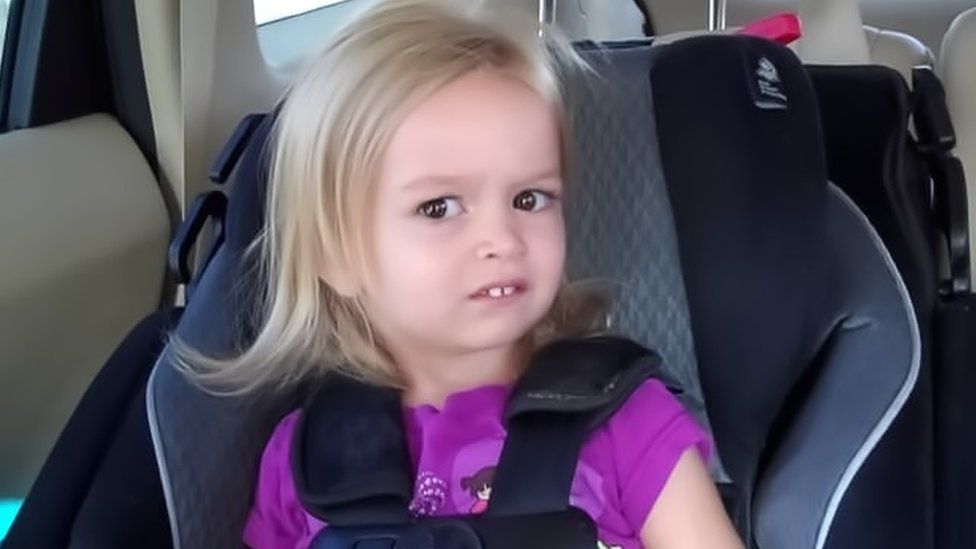 A young girl who became an internet sensation when a photo of her went viral is now selling an NFT for thousands of dollars at auction. NFTs are unique digital tokens which are often attributed to art that has no physical representation.

Chloe Clem, now 10, became famous in 2013 when her mother shared her unimpressed reaction to a surprise Disneyland trip online. The image has become a popular meme for expressing concern.

An NFT provides a digital certificate of ownership for the piece, but bears no copyright. Therefore the winner of the auction will own the digital token representing the meme, but not the meme itself. NFTs are usually bought in cryptocurrencies, so the transaction is recorded on a publicly available ledger called the blockchain.

The digital artworks have come under fire recently due to environmental concerns, as vast amounts of energy are required to mine cryptocurrencies, process transactions and maintain the blockchain. In September 2013, Chloe’s mother Katie uploaded a video featuring her two daughters reacting to the Disneyland surprise.

One of the girls, Lily, started crying, she said, “but then the camera panned over and Chloe made her cute little buck-toothed side-eye face and the internet did the rest.” The video has been watched more than 20 million times, while the image of Chloe’s reaction became an internet sensation.

“I opened up Tumblr and there were just pages and pages of Chloe’s face,” her mother told the BBC. “It was very weird, very overwhelming. I had my family, friends sending me these memes – till this day they still send me the memes of Chloe they see on the internet.”

Within weeks, a Buzzfeed article had declared Chloe “the patron saint of Tumblr” and “the queen and goddess of the internet”. Now the Utah family has decided to auction off the image as an NFT. Bids start at 5 Ethereum – a form of cryptocurrency worth roughly $15,000 (£11,000).

Ms Clem said that after learning about the NFT market, selling the meme was a “no brainer”. “It’s a cool opportunity, especially if there’s a Chloe fan out there who loves this meme they’ll be able to own it. Even Chloe has said ‘that’s pretty cool’ – it’s a typical 10-year-old thing to say.”

The market for ownership rights to digital art has boomed recently after several multi-million-dollar NFT sales. In March, Twitter founder Jack Dorsey sold his first ever tweet for the equivalent of $2.9m to a Malaysia-based businessman.

I\n April, the woman featured in the so-called Disaster Girl meme sold it for $500,000. Weeks later, another image called the Overly Attached Girlfriend meme sold for $411,000. In August, however, a fan of British graffiti artist Banksy was tricked into buying a fake NFT by a hacker, off the artist’s website. Luckily for him, the hacker returned most of what he paid – more than $336,000.
Ms Clem says she would like to use any money made from the sale to help pay for her daughters’ education. “Chloe is like, ‘I’d like to buy a horse, I’d like to build a Walt Disney World,’ but I’d just like to put her through college,” she says. Chloe has amassed over 500,000 followers on Instagram, and has even featured in a Google advert in Brazil. “We’ve been able to travel to Brazil and do all these amazing things,” Ms Clem says. “[But] at the end of the day I’m just a stay at home mom with my girls.”