Pakistan and China may help Afghanistanâ€™s reconstruction with further cooperation 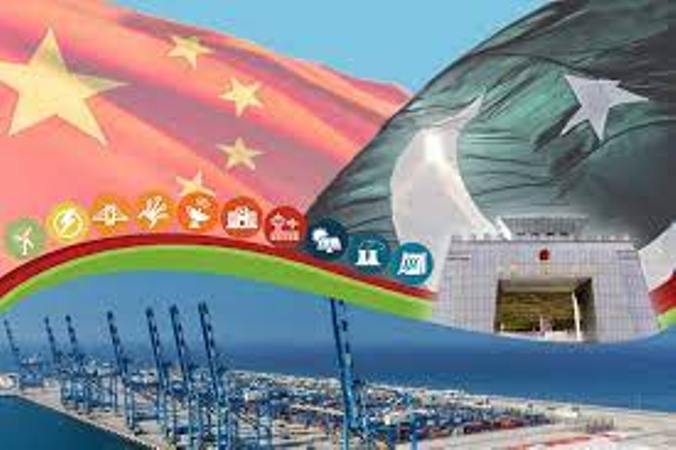 BEIJING: Afghanistan will need to engage in regional trade and development activities to embark on the road to prosperity after the collapse of the Ashraf Ghani government in Kabul.

The China-Pakistan Economic Corridor (CPEC) is one of the most active corridors of the Belt and Road Initiative, with around $60 billion invested in the second phase of ongoing agriculture, industry and socioeconomic prosperity projects across the length and breadth of Pakistan.

The Belt and Road Initiative – which is a long-term economic and infrastructure development project connecting countries and international organisations with the goal of building a community with a shared future for mankind – has all the support mechanisms that may help the communities in Afghanistan rebuild their lives on their own, according to an article published by China Daily.

Development initiatives that are Afghan-led and Afghan-owned are crucial to achieving political solutions to the problems confronting the country. Unless and until Afghanistan is empowered not just politically, but most importantly via economic and regional trade, militancy and chaos have every chance of again rearing their heads in the country. That would result in a spillover of chaos that would have a regional and global impact.

In 2019, and later in 2020, China, Pakistan and Afghanistan held trilateral meetings to discuss ways to extend CPEC to Afghanistan. Open to the idea of regional economic integration with Afghanistan, China supports an Afghan-led and Afghan-owned peaceful settlement of political issues and the forming of an inclusive government in Kabul.

This will help the region achieve the objective of a peaceful Afghanistan, whose territory is not used by terrorists to foment trouble in the country and elsewhere. Traditionally, China and Afghanistan have been friendly neighbours with mutual respect and confidence. China may be willing to assist Afghanistan’s socioeconomic development to improve its people’s livelihoods and help the country attain sustainable growth.

The Taliban spokesman and head of the political commission has expressed the desire to partner with China for the growth and development of the Afghan people. They are welcoming global investments and urging international companies to continue their operations in Afghanistan, while assuring its neighbours, especially China and Pakistan, that they will not let terrorists use Afghan soil.

If the Taliban are able to deliver on their promise, it would help promote prosperity and development across the region. The development of Afghanistan is something that China can assist with, together with other countries. Chinese companies have already invested in diverse sectors there.

Building infrastructure projects and units for manufactured goods to be transported to the global markets will be one such way to help rebuild the country. Chinese companies can also invest in energy development programs and projects in Afghanistan. Once Afghanistan is energy-sufficient, its industry will be running and so will irrigation channels and systems that support agriculture. Such economic recovery will create jobs for the locals. The Belt and Road Initiative offers possibility for connectivity.

Connecting Afghanistan with the CPEC will give rise to industrial, digital, social, and economic benefits that can help the country rebuild and improve the lives of the Afghan people. As the Taliban announce their new government in Afghanistan, the world and regional countries are watching to see if they will abide by the assurances they have given the world about safety and security.

The new Kabul administration’s capacity to manage national security will determine its capability to deliver on the promises that have been made. Now is the time for Afghan people to build their destiny the way they always wanted to, for a peaceful and prosperous Afghanistan.