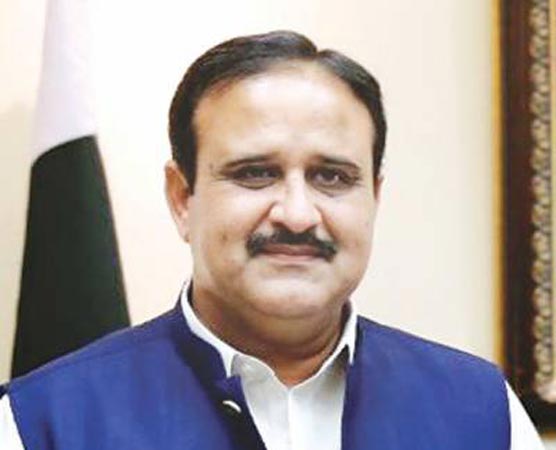 During his detailed visit to Sambrial and Sialkot, Chief Minister Punjab Sardar Usman Buzdar directed to remove 15 officers from their posts over negligence of duties, public complaints and poor performance. The CM visited various government offices responsible for providing services to the people to review their performance.

The CM approved repair of Sambrial road and carpeting of 12 KM long sub-line Sialkot to Sambrial road. During his visit to THQ Hospital Sambrial, CM directed to improve the medical facilities and said new access road would be constructed for THQ Hospital Sambrial and for this purpose he directed the DC Sialkot to complete the land acquisition work. Daska Sambrial Road’s construction and improvement funds would be provided and Shahab Pura Bridge would also be completed, CM added. Chief Minister announced to release the grant of 20 crore rupees for the construction of bridge and directed MD NESPAK to complete the project on a fast track.

Earlier, Chief Minister Usman Buzdar paid a surprise visit to Sambrial and visited THQ Hospital and inspected the facilities being provided to patients. He also inquired about the health of the patients and asked about the availability of the facilities. Chief Minister during his visit to hospital also summoned DPO Sialkot to resolve the matter of a patient tussle and directed to resolve the issue. The chief minister directed the doctors to focus on service to humanity.

After the visit of the THQ Hospital CM visited land revenue centre Sambrial and reviewed the performance of the centre. CM talked to the people present there and gave a patient hearing to them. CM also took notice of the complaint of delay in issuance of fard malkiat and directed to issue the fard malkiat immediately and asked to redress public complaints regarding land record centre. CM said 850 revenue centres at village level have been established for better service delivery to the general public and said up to 8000 revenue record centres at village level would be established. He said land record centres were fetching the needs of the people at their doorstep according to the vision of the PM Imran Khan.

On this occasion, he directed to speed up the construction work on model police station. After the completion of the visit of Sambrial, CM reached to Sialkot District Jail, the jail officials were unaware of the visit of the CM. Chief Minister visited the jail hospital and inquired about the health of the inmate patients. He asked about the available medical facilities. CM directed to overcome the shortage of health staff. He also directed for medical check up of the inmate patients from a specialists doctor in order to provide better medical facilities to the patients who were suffering from complicated diseases. CM showed displeasure on a non-functional TV at jail hospital and directed to repair the television.

The CM inquired about the problems of the prisoners and said “if anybody disturbs and asks for bribe please let him know” CM also visited the ladies barracks and inquired about the problems of female prisoners. He also took a notice of non-availability of water in washrooms of female barracks and directed the superintendent jail to improve the facilities. He also directed to increase the number of washrooms with better ventilation facilities. CM also directed to provide milk, sweets and biscuits to the children of female prisoners and directed to resolve their problems on the spot.

The CM said he would continue to visit different jails to know the problems of the inmates. Injustice and misbehaviour would not be tolerated with prisoners, CM maintained. CM also visited the registration branch of DC office Sialkot and also paid a visit to Excise and Taxation Office and facilitation centre in Sialkot. He met with people there and inquired about their problems and directed for prompt redressal. CM said he had started surprise visits of different districts and tehsils and he would resolve the problems of the people at their doorstep.