Mullah Baradar among Time’s 100 most influential people of 2021 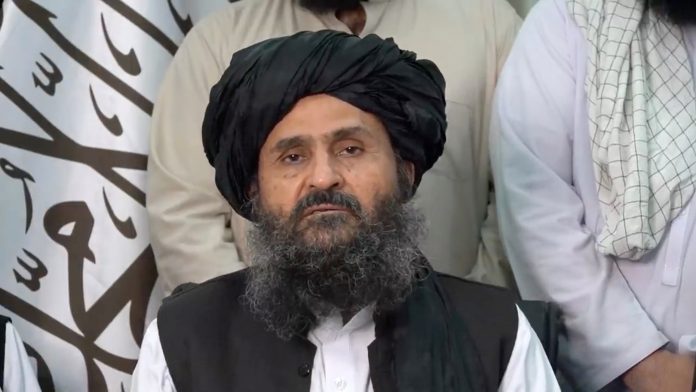 NEW YORK: Mullah Abdul Ghani Baradar, deputy prime minister in the Taliban’s caretaker government, has been named among the 100 most influential people of 2021 by Time magazine, giving him a boost internationally at a critical time for Afghanistan.

The list, unveiled on Wednesday, has chosen the “influential people” under six categories: leaders, icons, pioneers, titans, artists, and innovators. Mullah Baradar, who led the Taliban in the negotiations with the U.S. during the peace deal, has been listed as the most influential under the category of leaders which also includes President Joe Biden and Chinese President Xi Jinping.

In a profile carried by the magazine, noted Pakistani journalist Ahmed Rashid called Mullah Baradar a” revered” figure among the Taliban as a founding member of the movement, saying he is a “charismatic military leader and a deeply pious figure”. Rashid wrote, “When the Taliban swept to victory in August in Afghanistan, it was on the terms Baradar negotiated. He was said to be making all the major decisions, including the amnesty offered to members of the former regime, the lack of bloodshed when the Taliban entered Kabul, and the regime’s contacts and visits with neighboring states, especially China and Pakistan.

“Now he stands as the fulcrum for the future of Afghanistan. In the interim Taliban government, he was made a Deputy Prime Minister, the top role given to another leader more acceptable to the younger, more hard-line generation of Taliban commanders. “A quiet, secretive man who rarely gives public statements or interviews, Baradar nonetheless represents a more moderate current within the Taliban, the one that will be thrust into the limelight to win Western support and desperately needed financial aid. The question is whether the man who coaxed the Americans out of Afghanistan can sway his own movement.”

Zakaria also said that PM Modi has eroded the rights of the Muslim minority in India and was imprisoning and intimidating journalists. Describing Banerjee in her profile, the magazine says she has become the face of fierceness in Indian politics. “Of Banerjee, it is said, she doesn’t lead her party, the Trinamool Congress – she is the party. The street-fighter spirit and self-made life in a patriarchal culture set her apart,” said the profile. In 2019, Pakistan Prime Minister Imran Khan was named among the ‘100 Most Influential People by Time magazine.