* Bruce Dickinson says he doesn't personally believe that fans attending concerts should be required to get vaccinated, calling it ‘a personal choice’ 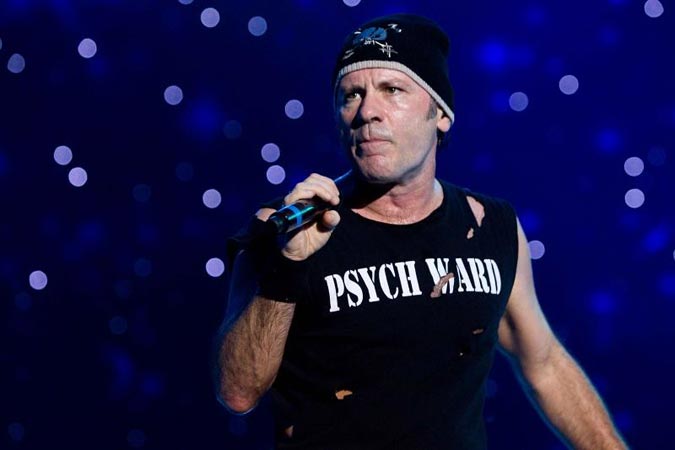 Iron Maiden singer Bruce Dickinson, who tested positive for Covid-19 last month after being fully vaccinated, discussed his battle with the disease in a new interview with Gregg Stone of the 103.5 The Fox radio station.

“I don’t believe that people should be forced to have vaccines,” he continued. “Maybe in hospitals and stuff like that – people who work there.

But honestly, it’s a personal decision. But I just think people are nuts not to take protective action against something that really could kill them.

And I’m kind of glad I had [COVID-19] as well ’cause now I’ve got more antibodies and all the rest of it.

Dickinson previously told Rolling Stone magazine that he doesn’t personally believe that fans attending concerts should be required to get vaccinated, calling it “a personal choice,” However, he said that he hopes everyone will get the shot.

“Personally, I think people are just very badly advised if they don’t go and get themselves double jabbed as quickly as possible, not for the reasons of going into concerts, but for their own health,” he said.

“Having said that, even if you’ve had a double jab, you can still get COVID, and therefore you can spread it to other people who might not have been vaccinated and they might get very sick and die. Now you cannot legislate against mortality.

There are many things in this world that kill people and they’re not illegal but are unfortunate. Cancer kills a lot of people.

Iron Maiden’s new album, “Senjutsu”, was released on September 3 via BMG. It was recorded in Paris with longstanding producer Kevin Shirley and co-produced by bassist Steve Harris.