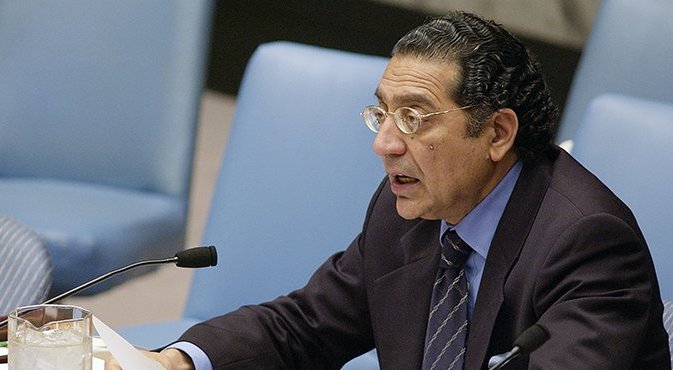 UNITED NATION: Pakistan has told the UN Security Council that it’s peacekeeping contingents serving the world body played a key role in some of the most successful transitions from conflict to peace, such as in Liberia, Sierra Leone, Burundi and Timor-Leste.

“Our peacekeepers have also supported host authorities in holding peaceful elections, disarmament of rebels, de-mining operations and protection of civilians including through capacity building and training of local police and other law enforcement agencies,” Ambassador Munir Akram said in a statement submitted to the 15-member council that examined support for the transition towards lasting peace.

The Pakistani envoy said that transition in a conflict-affected country was a step toward the goal of self-sustaining peace, stability and economic prosperity. In 2019, he said, Pakistan deployed its first all-female community engagement team in Democratic Republic of Congo (DRC), which undertook several successful peace-building initiatives, including vocational training for students, teachers and women, and conducted psychological workshops for the Congolese police.

‘These deployments reflect Pakistan’s deep-rooted commitment to women’s critical role in promotion of sustainable peace and security,” Ambassador Akram said. He also underscored the primary role of the Security Council in developing a robust transition framework, based on a coherent and comprehensive analysis of the root causes of conflict.

In this regard, the Pakistani envoy called for engaging host authorities while designing transition strategies, and said that national ownership must remain central in the process along the peace continuum from the deployment of a peacekeeping or political mission to withdrawal or reconfiguration.

“Sustainable peace in a conflict affected country cannot be imposed from outside it must be rooted within the country.” An inclusive peace process in countries healing after conflict, he said, fosters harmony and could ensure a seamless transition process at a time when the missions are either reconfigured or preparing to leave the country.

Restoration and rehabilitation of essential infrastructure should take the centre stage during the transition, Ambassador Akram said, adding that it requires not only financing, but also a well defined investment strategy.

Pakistan, he said, has proposed the establishment of an infrastructure investment facility at the UN to help member states, including those coming out of conflict. Pakistan, also considers regional partnerships as a useful vehicle to promote the peace-building priorities during and beyond transitions, he mentioned.