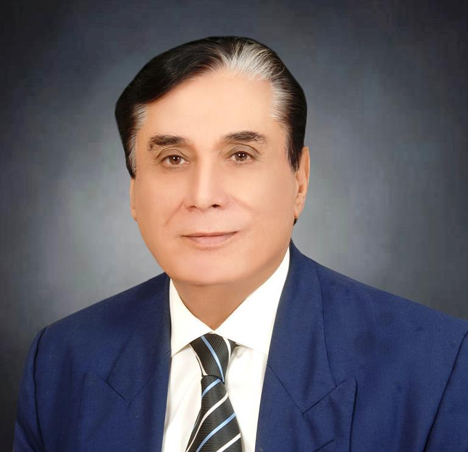 NAB Chairman Justice (r) Javed Iqbal has said that NAB has devised an effective anti-corruption strategy for eradication of corruption which helped recovering Rs 535 billion directly and indirectly during the tenure of incumbent management.

He said that in the Gilani & Gallup survey, 59 percent of Pakistanis have expressed confidence in NAB, which proves that NAB is continuing its process of impartial accountability as mandated by National Accountability Bureau Act.

The overall conviction rate is 66 percent due to the active strategy to eradicate corruption, which is a significant achievement as comparing to white collar crime investigations worldwide. Reputable organizations around the world such as Transparency International, World Economic Forum, Global Peace Canada, PLDAT and Mashal Pakistan have praised NAB’s exemplary efforts to eradicate corruption.

NAB Chairman said that NAB would fulfill its legal responsibilities despite any threats and criticism. The NAB administration will continue to conduct inquiries and investigations in accordance with the law. He said that NAB is committed to eradicate all forms and manifestations of corruption. In particular, he said the NAB has focused to eradicate corruption, money laundering, public fraud, intentional bank defaults, misuse of power and embezzlement of state funds. He said that eradication of corruption and recovery of money looted from corrupt people is the top priority of NAB.

The struggle against corruption is our commitment to rid the country from corruption. He said that NAB is the focal institution against corruption in Pakistan under the United Nations Convention against Corruption (UNCAC).Pakistan has ratified and signed that Convention. He said that Pakistan is the only country in the world which has signed a memorandum of understanding with China to eradicate corruption. While NAB is also the Chairman of the SAARC Anti-Corruption Forum, and also is a role model body in SAARC countries.

He said that the performance of NAB regional bureaus has been exemplary in the last three years. Some Rs 535 billion was recovered and deposited in the national treasury from October 2017 to June 2021, during the current administration of NAB. The NAB has filed a total of 93 cases out of 179 mega corruption cases. These cases are pending in various accountability courts. As many as 10 cases are under investigation. Similarly, several mega cases are being investigated.

The Chairman said that bringing mega corruption cases to a logical conclusion is our top priority.