All is well in Karachi after heavy rains

No flooding on roads, K-Electric kept its promise made on Twitter and restored the power supply soon 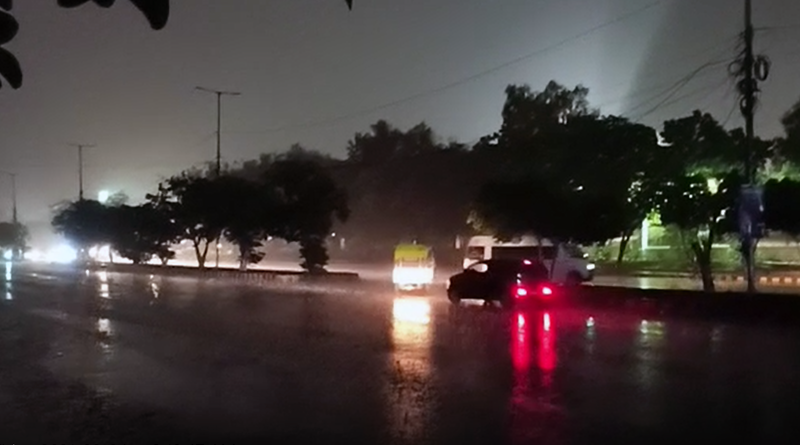 This is perhaps the only occasion in the last decade when people of Karachi witnessed that there has been heavy rain for almost the whole day, and not only most of the city’s roadways have not been flooded, but no power disruptions have been reported in the port city during heavy downpour.

The power cut witnessed as soon as it started raining on Friday morning, as it often does, but K-Electric kept its promise made on Twitter and restored the power supply soon.

Barrister Murtaza Wahab, the newly Administrator of Karachi, was also seen visiting the city and delivering directions to the personnel as it began to rain in morning.
Although most of the city has electricity and there is no water on the roadways, there have been reports of standing water in some locations.

At one o’clock in the night, this correspondent rode a motorcycle 17 kilometres on M.A. Jinnah Road, Sharea Pakistan, and Supper Highway while it was raining heavily, but I didn’t notice any odd accumulations of water on roads or darkness in any area. Almost the entire city is bright, and residents feel at ease in their houses.