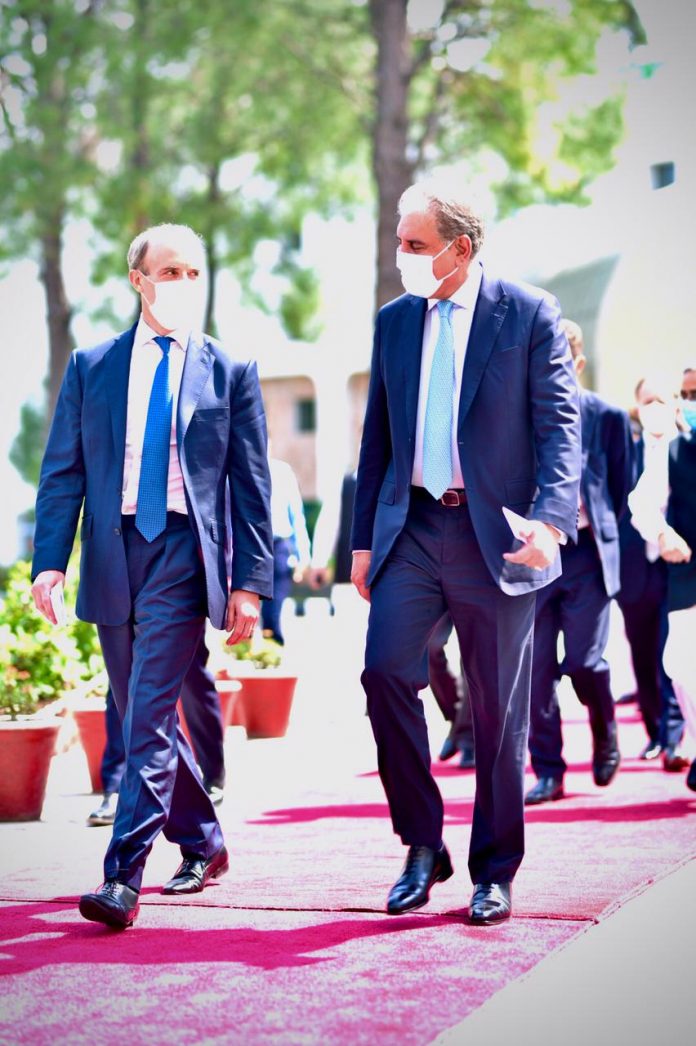 ISLAMABAD: Secretary of State for Foreign, Commonwealth and Development Affairs of the United Kingdom Dominic Raab on Friday said beyond the matter of recognizing the Taliban government in Afghanistan, his country would continue to extend humanitarian assistance to its people.

Addressing a joint press conference along with Foreign Minister Shah Mahmood Qureshi, the British State Secretary said whether the UK recognized the Taliban government or not, it would like to have a “line of communication through aid agencies to help the people of Afghanistan”.

Raab mentioned that some of the Taliban were “positive at the level of words”, however stressed that “we need to test them first”. He said Britain would increase development funds for the neighbouring countries of Afghanistan to ensure helping out the Afghan people crossing over the borders.

To a question on keeping Pakistan in the ‘red list’ banning travel, he said he could totally understand the impact of the decision on the Pakistani and British-Pakistani nationals. He commended the efforts of the government of Pakistan in addressing the coronavirus situation, however stressed that the UK’s decision was “in shared interest amid domestic and global challenges”.

Raab said his discussions with FM Qureshi focused on commonalities of interest and finding out the ways to further strengthen ties in diverse areas.

To a question on the human rights violations in Indian Illegally Occupied Jammu and Kashmir, he said the UK would encourage both Indian and Pakistan to maintain a positive and constructive dialogue to resolve the issue.

Foreign Minister Qureshi said Pakistan and the UK enjoyed close collaboration in various areas of bilateral interest. To a question if Pakistan’s relations with the Taliban would be conditional, he said as a neighbour, the country had no other choice but to coexist with Afghanistan.

“So our approach has to be somewhat different and realistic [towards a government in Afghanistan],” he said. Qureshi said whatever the conclusion of Doha talks would be, Pakistan had ‘no favourites’ in Afghanistan.

He said Afghanistan had the population comprising different ethnicities, adding that it was in the interest of the country to adopt an inclusive approach. “We will engage with a government in Afghanistan that has the backing of its people. We want to help the people of Afghanistan,” he said.

He said if Afghanistan was left unattended, the country could fall victim to civil war. Qureshi said during the meeting, he apprised the British State Secretary the treatment meted out to the body of late Kashmiri leader Syed Ali Geelani denying a decent funeral for him.

He said India could not curb the sentiments of Kashmiri people by resorting to such aggressive tactics.