* Faith, who said she was 19 when she met the then-50-year-old Kelly at a San Antonio concert in March 2017, testified that the gun left her 'intimidated' and fearful of what would happen A woman who accuses R Kelly of sexually abusing her told jurors at his racketeering trial on Wednesday that she was unnerved when she saw a gun near where the R&B singer forced her to perform oral sex on him.

In her second day of testimony, the woman, who identified herself as Faith, said the Los Angeles encounter took place in January 2018, near the end of an 11-month relationship during which Kelly flew her several times to concerts or recording studios and trained her to please him sexually.

Faith, who said she was 19 when she met the then-50-year-old Kelly at a San Antonio concert in March 2017, testified that the gun left her “intimidated” and fearful of what would happen if she tried to leave.

“I wasn’t even going to step out of line,” she told the jury of seven men and five women in Brooklyn federal court.

On cross-examination, Kelly’s lawyer Deveraux Cannick tried to poke holes in Faith’s testimony, trying to show jurors it was her choice to keep seeing the singer despite her claims she did not always welcome his sexual advances.

“You participated on your own will,” Cannick said to Faith.

Kelly, whose full name is Robert Sylvester Kelly, has been on trial since August 18 for running what prosecutors called a decades-long scheme targeting women and girls for sex, with the help of employees and assistants in his entourage.

‘I wasn’t even going to step out of line,’ she told the jury of seven men and five women in Brooklyn federal court

Known for the 1996 Grammy-winning song “I Believe I Can Fly,” the 54-year-old Kelly has pleaded not guilty to one racketeering count and eight counts of violating an interstate sex trafficking law.

Faith said her relationship with Kelly ended in February 2018 at a hotel in Manhattan, where she resisted his desire for sex and made it physically difficult for him to attempt intercourse.

“I know I had pissed him off,” Faith said. Soon after returning home to Texas, Faith said she tested positive for type-1 herpes.

She blamed Kelly and said he would not discuss it on a later phone call, after she had hired legal counsel.

Cannick challenged some of Faith`s recollections, asking how she could remember so many details of her final interactions with Kelly in 2018 when “you don’t remember what time you met with on Sunday.”

Faith also said she did not like being labelled a “victim” of Kelly, mirroring her comments from an earlier podcast.

“You’re not a victim?” Cannick asked.

Kelly’s indictment describes the alleged mistreatment of six women and girls, including the late singer Aaliyah. A male accuser has also said Kelly sexually abused him.

Several accusers, including Faith, and former employees have testified that Kelly demanded strict obedience to his rules even as he preyed on women and girls, including aspiring singers who hoped he could advance their own music careers.

Other testimony for the prosecution came from Faith`s mother, and from the minister who oversaw Kelly`s 1994 wedding to Aaliyah, when Kelly was 27 and Aaliyah was 15. The marriage was annulled after six months.

Coronavirus protocols have required the press and public to watch the trial in overflow courtrooms with video feeds.

Before Wednesday`s testimony, Assistant US Attorney Nadia Shihata said negative comments had been made on Tuesday in an overflow courtroom, with one person calling a witness a “stupid bitch.”

Kelly’s lawyers declined to comment when asked if they wanted to respond. Many sexual abuse accusations against Kelly were discussed in the 2019 Lifetime documentary “Surviving R Kelly.” Kelly also faces sex-related charges in Illinois and Minnesota. 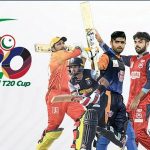 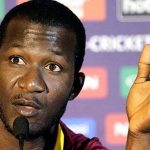 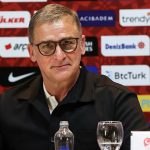 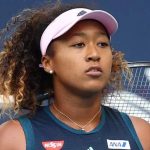