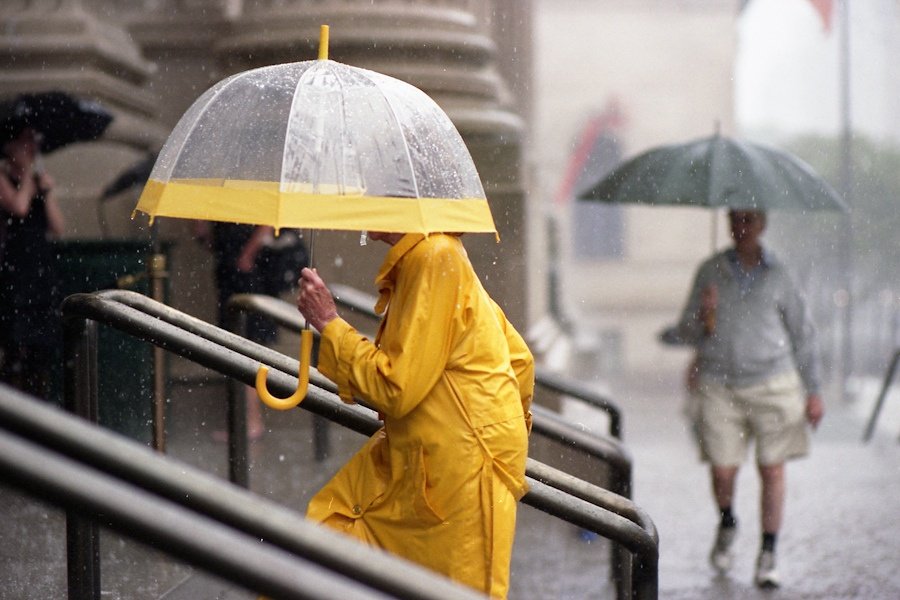 NEW YORK, Sep 02: A state of emergency has been declared in New York City after it was hit on Wednesday evening by record rainfall and flash flooding as a result of Tropical Storm Ida that brought to a grinding halt underground trains and turned streets in Manhattan, Queens and Brooklyn into rivers.

Amid the downpour, the National Weather Service said on Twitter, “this particular warning for New York City is the second time we’ve ever issued a Flash Flood Emergency (It’s the first one for NYC.” Mayor Bill de Blasio said the city was “enduring an historic weather event” with “brutal flooding” and “dangerous conditions” on the roads.

Television footage showed water pouring into underground train stations and people’s homes, and flooded roads. Lightning that was part of a storm over queen where a transformer was hit, leading to a small fire. No outages or impacts on service were reported, however.

Hail was also fairly frequent throughout the region Thursday, with some towns reported golf ball-sized hail at one point, while some was reported in Hillsdale town that was as big as a tennis ball. The neighbouring state of New Jersey also declared an emergency and reported at least two deaths.

A person drowned in Passaic, New Jersey, the local mayor said, A tornado also destroyed at least nine homes in Mullica Hill, in the same state. The roof of a postal building collapsed in Kearny, New Jersey, with people inside at the time, police said. Rescue crews were on the scene, but it’s not clear how many injuries there might be.

The National Weather Service said it had recorded 3.15 inches of rain in New York’s Central Park in one hour. New York police had urged people to stay off the roads and the fire department had said it was responding to calls from across the city.

The city’s underground train system had mostly closed, and many surface train services and flights out of New York and New Jersey were suspended. The remnants of Hurricane Ida have been pushing north across the east of the country, having hit Louisiana as a Category 4 hurricane on Sunday.

Hundreds of thousands of homes in Louisiana remained without power and New Orleans was under a night-time curfew. Many factors contributed to flooding, but a warming atmosphere caused by climate change made extreme rainfall more likely. The world has already warmed by about 1.2C since the industrial era began and temperatures would keep rising unless governments around the world make steep cuts to emissions.