Taliban have the last laugh 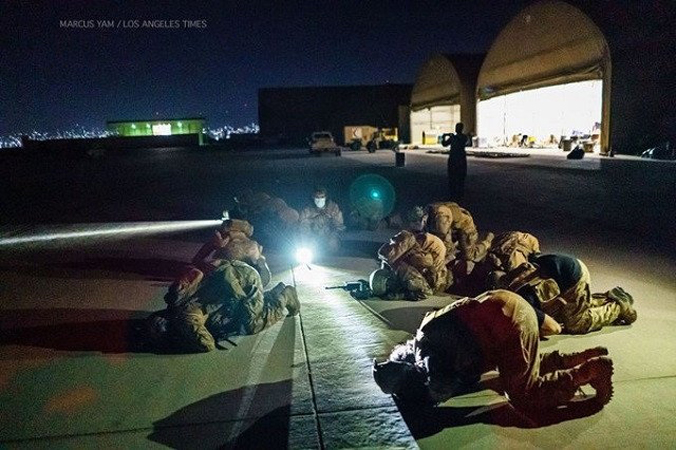 The Taliban celebrated their total return to power on Tuesday with gunfire and diplomacy, after the last US troops flew out of Afghanistan to end two decades of war.

The United States’ longest military conflict drew to a close on Monday night when its forces abandoned Kabul airport, where it had overseen a frenzied airlift that saw more than 123,000 people flee. Taliban fighters then quickly swept into the airport and fired weapons into the sky across the city in jubilation – an astonishing comeback after US forces invaded in 2001, weeks after the September 11 attacks, and toppled them for supporting Al-Qaeda.

“Congratulations to Afghanistan… this victory belongs to us all,” Taliban spokesman Zabihullah Mujahid told reporters hours later on the airport runway.

Mujahid said the Taliban’s victory was a “lesson for other invaders”.

In Kandahar, the spiritual birthplace of the movement and the country’s second-largest city, thousands of celebrating supporters swept onto the streets. However, many Afghans are terrified of a repeat of the Taliban’s initial rule from 1996-2001, which was infamous for their treatment of women and girls, as well as a brutal justice system. 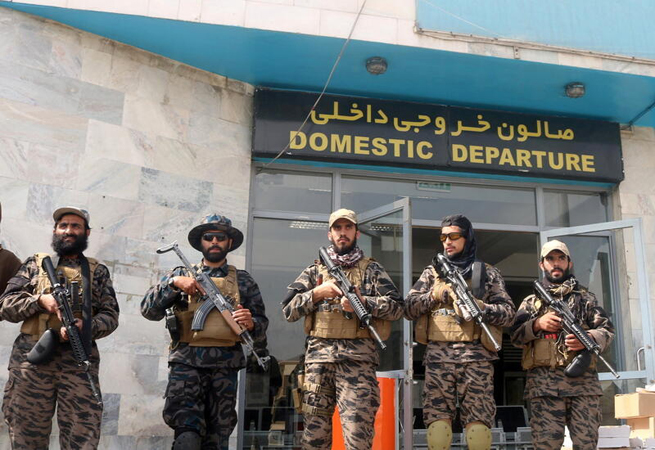 The group have repeatedly promised a more tolerant brand of governance compared with their first stint in power, and Mujahid persisted with that theme. “We want to have good relations with the US and the world. We welcome good diplomatic relations with them all,” he said.

Taliban supporters paraded coffins draped with American and NATO flags in the eastern city of Khost on Tuesday, part of celebrations across the country following the withdrawal of the last US troops. 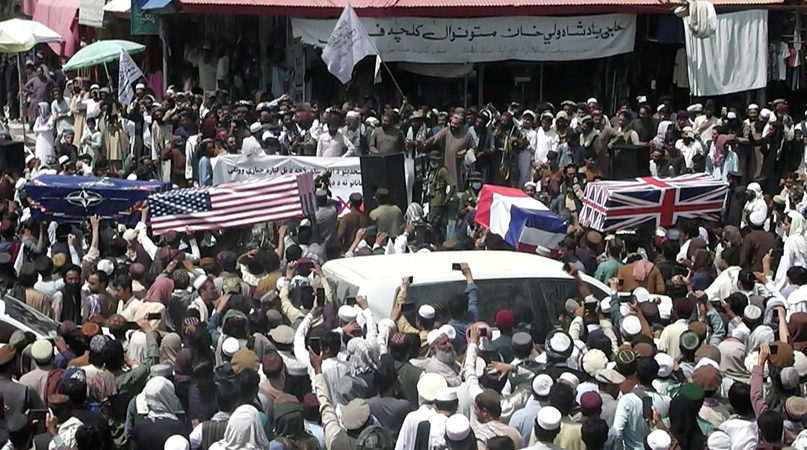 The mock funeral, in which coffins covered in French and British flags were also carried along the street through a large crowd, marked the end of a 20-year war and a hasty and humiliating exit for Washington and its NATO allies. Some of the crowd held guns aloft, while others waved Taliban flags or snapped the procession on mobile phones. “August 31 is our formal Freedom Day. On this day, American occupying forces and NATO forces fled the country,” Taliban official Qari Saeed Khosti told local television station Zhman TV during its coverage of the event.

Footage from Khost was shared widely on social media on Tuesday alongside other videos of celebratorygunfire in the capital Kabul and a man dangling from a US-made Black Hawk helicopter circling above Afghanistan’s second-city Khandahar. Reuters could not verify all the videos. The US-led airlift began as the Taliban completed an astonishing rout of government forces around the country and took over the capital on August 15. Their victory came after Biden withdrew nearly all American troops, but then was forced to send back about 6,000 more to conduct the airlift. 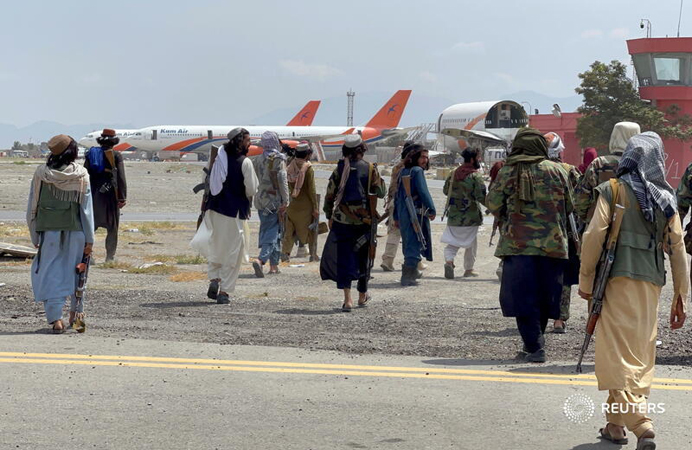 Biden’s top diplomat, Secretary of State Antony Blinken, was able to offer little more than stern words for the Taliban. “Any legitimacy and any support will have to be earned,” Blinken said, as he announced the United States had suspended its diplomatic presence in Kabul and shifted its operations to Qatar. All eyes will now turn to how the Taliban handle their first few days with sole authority over the country, with a sharp focus on whether they will allow free departure for those wanting to leave – including some foreigners. Blinken said a small number of US citizens remained in the country – ‘under 200’ but likely closer to just 100, and Britain said the number of UK nationals inside was in the ‘low hundreds’. Many thousands of Afghans who had worked with the US-backed government over the years and fear retribution also want to get out. Western allies have voiced heartbreak in recent days that not all Afghans who wanted to flee could get on the evacuation flights.