PDM alliance has ended in a fiasco, says Buzdar 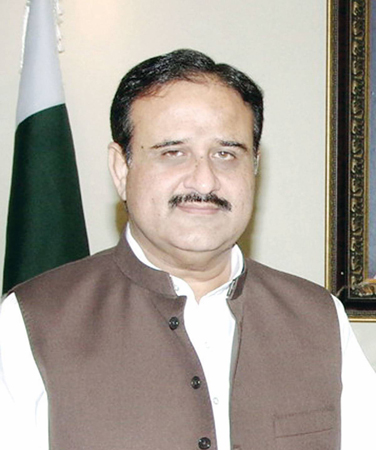 Chief Minister Punjab Sardar Usman Buzdar has said the PDM alliance has ended in a fiasco.

In a statement, the CM said the unnatural combination of 11 miscellaneous parties could not last for 11 months because of internal differences and entropy. The PDM should revisit its negative approach as the failed Karachi meeting is writing on the wall for them, the CM suggested. The PDM leadership is destined to whine permanently as it is devoid of statesmanship and political wisdom; he maintained and concluded that the political cabal is indifferent to public welfare.

Meanwhile, tribal elders called on Chief Minister Punjab Sardar Usman Buzdar at Fort Munro and apprised him about their problems.

Talking on this occasion, the CM said the scope of Koh-i-Suleman Development Authority (KSDA) has been extended to the tribal areas of Rajanpur, along with DG Khan, for providing civic amenities to the locals. Being a localite, I know the issues, he maintained. The past rulers, deliberately, ignored backward areas to mete out a stepmotherly treatment. The CM said the PTI government is striving to ensure composite development and as a result of sustained government efforts, the backward districts have become part of the development process. Unlike the past, the fate of the people was being transformed, concluded the CM.

The locals appreciated that the provincial government was burning the midnight oil to develop the remote and backward areas. The fate of the neglected areas was changing as all such areas have been made part of the development process, they continued.

Chief Minister Punjab Sardar Usman Buzdar will chair the 47th cabinet meeting at his office today to deliberate upon a 31-point agenda. Provincial ministers, advisors, special assistants, chief secretary and others will attend the meeting.

Talking on this occasion, the CM said the direction of the government is in the right direction adding that he does not believe in a one-man show. The decisions are made with consultation and I take everybody along, he appended. Meanwhile, the development schemes of Multan city will be completed in time and the water supply and sewerage system will also be improved. The past government transferred south Punjab funds to other schemes and deceived the people in the name of development but the incumbent government is returning the right of development to south Punjab, he added and pointed out that a separate development plan has also been devised for south Punjab along with ring-fencing the budget.

Chief Minister Punjab Sardar Usman Buzdar chaired a meeting at his office to dilate on rules of business of south Punjab secretariat.

While addressing the participants, the CM maintained that the rules of business have been formulated with hard work adding that the same would be presented before the provincial cabinet meeting for approval on Tuesday. The south Punjab secretariat will be given administrative autonomy while a separate budget has been reserved for south Punjab along with its ringfencing, he disclosed. Meanwhile, a separate ADP book for south Punjab has also been compiled and work is in progress according to the priorities of residents of south Punjab; the CM said and expressed the satisfaction that the PTI government was fulfilling its promises made with the people. Law Minister Raja Basharat, Finance Minister Hashim Jawan Bakht, chief secretary, ACS, ACS (South Punjab) and others attended the meeting.