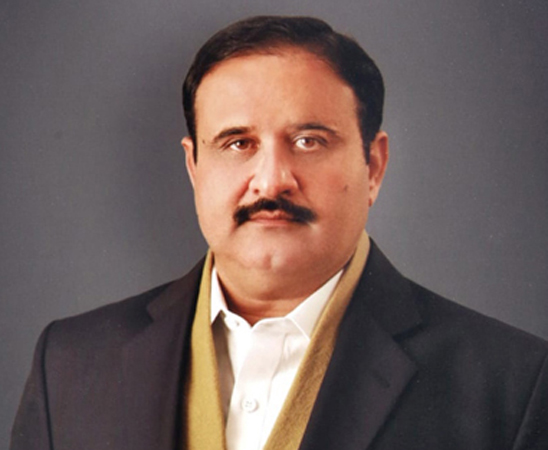 The meeting also condemned the atrocities and violations of human rights by the Indian Army in occupied Jammu & Kashmir. The Chief Minister said that overseas Pakistanis are our assets as they have always come forward to help the country in its difficult times. The services of expatriates in strengthening the economy cannot be overlooked. Usman Buzdar said Overseas Pakistani Commission has been turned into a vibrant institute as solving the problems of overseas Pakistanis is our responsibility.

The Punjab Government is ensuring the protection of the rights and property of Overseas Pakistanis. The incumbent government, under the leadership of PM Imran Khan, is making serious efforts for materializing the dream of Quaid-e-Azam Muhammad Ali Jinnah and Sir Dr. Allama Muhammad Iqbal for a developed and prosperous Pakistan.

He further stated that India is violating all human rights in occupied Kashmir and PM Imran Khan has vigorously presented the case of Kashmir at every forum. Kashmir is the incomplete agenda of Indo-Pak partition, he added. Kashmir and Pakistan are conjoined twins and India cannot hold Jammu and Kashmir for a long time through oppression.

He said revoking the special status of occupied Kashmir is a dictatorial step of India. The atrocities and savagism of Modi Sarkar are about to end. Iqbal Losar said they had exposed India in Europe and will continue to do so. CEO Punjab Investment Board and other concerned officers were also present on this occasion.

Meanwhile, Federal Minister for Water Resources Ch. Moonis Elahi called on Punjab Chief Minister Sardar Usman Buzdar at CM’s Office today. Matters of Mutual interest and the political situation came under discussion during the meeting. The Chief Minister said under the leadership of PM Imran Khan Pakistan has been headed towards the right direction of economic development.

In the current circumstances, there is no room for politics of chaos and anarchy. The frustrated opposition cannot hoodwink the people. The incumbent government will further accelerate its agenda of public service without caring criticism. PML-Q is our ally and there is the best working relationship between the government and its allied party.

Usman Buzdar said that a separate development package for each district at a cost of Rs. 360 billion has been devised and the elected representatives have been consulted in this regard. This District Development Package will ensure the composite development of all districts of the province.

Federal Minister Ch. Moonis Elahi said that PML-Q will continue to work together with the incumbent government for providing more facilities to the people as public service is our mission. The Punjab government under the leadership of Chief Minister Usman Buzdar has announced an unprecedented district development package added that the opposition has no agenda and it is only trying to score points on non-issues.

Separately, a high level meeting was held under the chair of Punjab Chief Minister Sardar Usman Buzdar at Multan AirPort Lounge on his arrival from Lahore, which was attended by senior officers. The Chief Minister was briefed about the law & order situation and progress on various development projects. Usman Buzdar directed to take all possible measures to maintain the law & order situation and safeguarding the lives and property of people.

Concerned officers should go in the fields and personally inspect the pace and standard of these ongoing developmental projects. he said that these projects should be monitored on regular basis and the progress report should be submitted every month. Usman Buzdar said that the development of backward and ignorant areas is the manifesto of PTI government and he is personally monitoring the progress of development projects.

Delays in development projects will not be tolerated, he warned. Commissioner Multan Division, Deputy Commissioner, RPO and CPO attended the meeting.