* In July, the 36-year-old star sued the corporation for alleged breach of contract over her pay for the Marvel movie, which was released in theatres and offered as a premier purchase 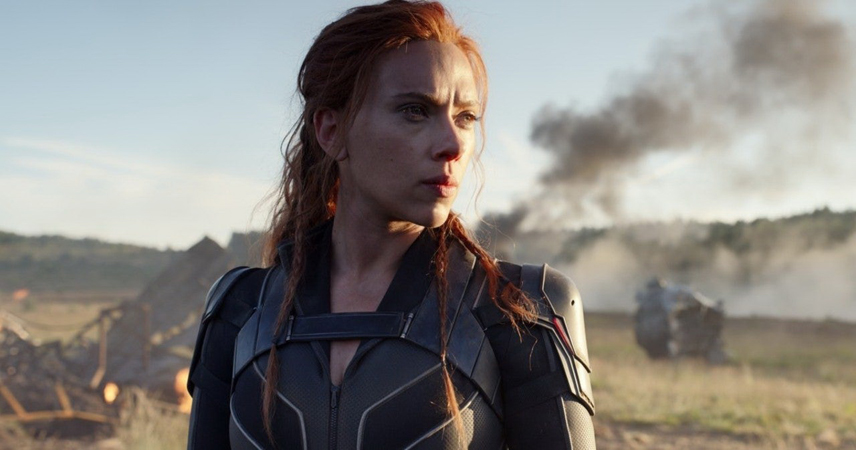 But according to the actress’ lawyer, she’s not having it.

In July, the 36-year-old star sued the corporation for alleged breach of contract over her pay for the Marvel movie, which was released in theatres and offered as a premier purchase on its streaming service Disney+ at the same time. She argued that her contract guaranteed exclusive theatrical release and that the hybrid release led to a reduction in her compensation. Disney, who has said her lawsuit has “no merit whatsoever,” filed a motion on Friday, Aug. 20, to compel Johansson into a private arbitration over the matter.

“After initially responding to this litigation with a misogynistic attack against Scarlett Johansson, Disney is now, predictably, trying to hide its misconduct in a confidential arbitration,” the actress’ attorney, John Berlinski, told E! News in a statement on Saturday, Aug. 21.

He added, “Why is Disney so afraid of litigating this case in public? Because it knows that Marvel’s promises to give Black Widow a typical theatrical release ‘like its other films’ had everything to do with guaranteeing that Disney wouldn’t cannibalize box office receipts in order to boost Disney+ subscriptions. Yet that is exactly what happened – and we look forward to presenting the overwhelming evidence that proves it.”

‘After initially responding to this litigation with a misogynistic attack against Scarlett Johansson, Disney is now, predictably, trying to hide its misconduct in a confidential arbitration,’ the actress’ attorney, John Berlinski, told E! News in a statement on Saturday

The company, which has released other movies simultaneously in theatres and on Disney+ amid the coronavirus pandemic, maintains that its recent filing seeks to enforce the terms of a contractual agreement with Johansson. Attorney Daniel Petrocelli, who is representing Disney and Marvel, told E! News in a statement on Saturday, “We are simply asking the Court to enforce the parties’ contract requiring arbitration of all disputes.”

In Disney’s filing, obtained by E! News, it states that the actress’ company, Periwinkle, “agreed that all claims ‘arising out of, in connection with or relating to’ Scarlett Johansson’s acting services for Black Widow would be submitted to confidential, binding arbitration in New York.”

Disney also says in its motion that Johansson’s contract did not even mandate theatrical distribution, “let alone require that any such distribution be exclusive.” The filing also states that after Black Widow’s original May 2020 release date was moved several times “including at Johansson’s request” amid the pandemic, the film was ultimately released in July on more than 30,000 screens-more than the 1,500 that were contractually required.

In its original statement about Johansson’s lawsuit, Disney said the company “fully complied with Ms. Johansson’s contract” and added that the release of Black Widow on Disney+ with Premier Access “significantly enhanced her ability to earn additional compensation on top of the $20 million she has received to date.” The corporation also called the actress’ complaint “especially sad and distressing in its callous disregard for the horrific and prolonged global effects of the COVID-19 pandemic.”

Her agent, Bryan Lourd, later responded, saying in a statement that Disney “shamelessly and falsely accused Ms. Johansson of being insensitive to the global COVID pandemic, in an attempt to make her appear to be someone they and I know she isn’t.”

“This suit was filed as a result of Disney’s decision to knowingly violate Scarlett’s contract,” he said. “They have very deliberately moved the revenue stream and profits to the Disney+ side of the company, leaving artistic and financial partners out of their new equation. That’s it, pure and simple.”

In an Aug. 12 conference call with analysts, the company’s CEO, Bob Chapek, was asked how he thinks about the success of a film in today’s environment, and how it impacts the way the company attracts and compensates talent.

Without mentioning Johansson or her lawsuit, he responded, “Just like we’ve done many times before, as the business has evolved and transformed, we’ve figured out ways to fairly compensate our talent, so that no matter what the business model is that we have to go to market with, everybody feels satisfied. And I will say that since COVID has begun, we’ve entered into hundreds of talented arrangements with our talent. And by and large, they’ve gone very, very smoothly. So, we expect that, that would be the case going forward.”