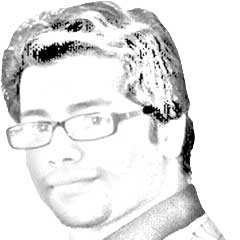 Pakistans position in HE Rankings

Recently, a British ranking agency Quacquarelli Symonds (QS) and Elsevier (an academic publishing company) announced the ranking of higher education system of different nations. A sample of 50 nations from all over the world has been selected in this regard. According to these rankings the USA’s higher education system is best among all with an aggregate score of 100. The UK and Germany are on number two and three, with aggregate scores of 98.5 and 94 respectively. The top 10 nations with respect to higher education system are USA, UK, Germany, Australia, Canada, France, Netherland, China, South Korea and Japan. Pakistan has also topped the rankings but from bottom. Even countries like Mexico and Estonia are better than Pakistan. Pakistan stood last on number 50, with an aggregate score of 9.2 out of 100.

For the last 10 to 12 years, we have heard that our higher education system has improved a lot, and we are investing in it by giving scholarships to students and financial support to teachers and research scholars. But this ranking is narrating a very different story.

The ranking agency QS has made this ranking on the basis of four indicators. The first one is the strength of system. It checks the overall performance and strength of the home county’s institutions as compared to other institutions of the world. It gives a nation’s overall position in the world with respect to its institutions. Access is the second indicator, which is about chances of a native’s chances to get access to world-class universities. It explains the possibility for a country’s residents to get a place at top class universities of the world. Flagship institution is the third parameter. It illustrates nations standing of top institutions in the world. Basically it describes to what extent a nation’s institutions are popular in the world. The fourth and final indicator is economic context. It simply ranks the selected nations with respect to investment in higher education.

Keeping in view these four indicators it’s quite clear why Pakistan is at the bottom. The weaknesses of our institutions are not hidden, and there are a number of systematic flaws. For instance, in the education sector, you will not find anyone who is ready to accept responsibility. In 2000, the University Grant Commission was transformed into the Higher Education Commission (HEC). All of a sudden funds of educational institutions increased, as well as the number of universities. Every institution had been granted degree-awarding status. The problem of quality and quantity began from this particular point. No one thought how those universities or degree-awarding institutions would survive in future. Now results of that ill-planned practice can be seen. While the number of graduates, MPhils and PhDs is increasing, quality of research work is going down. Plagiarism is a common practice, and researchers are doing it very smartly by using synonyms and antonyms. The situation worsened after the historical 18th amendment, according to which education is a provincial subject, but the HEC is to perform its duties with the help of provincial higher education commissions. After the 18th amendment provinces made their own higher education commissions, which are neither financially prevailing nor administratively affective, while the federal higher education commission still enjoys financial independence. For example, the Punjab higher education commission does not have adequate funds to allocate to universities, and the worst part is its autonomy remains under threat by the Punjab Higher Education Department, which is under the control of a bureaucrat. In these circumstances achievement of good scores in higher education rankings remains a dream.

In recent past, merely two or three Pakistani educational institutions were able to get recognition on the international front — Quaid-e-Azam University, NUST and Aga Khan Institute of Medical Sciences. More importantly, weak research culture is another reason behind this abysmal performance of educational institutions. Lack of independence and unnecessary intervention from government also affects the working of universities. From the appointment of vice chancellor to a security guard, there is government interference.

There is huge progress in fields of research and education globally, as most nations have understood that the only way to lead the world is to invest in human capital. It is important to understand the fact that we are not lagging behind: we are the last among the 50 nations. While it may be difficult to compete with European and American nations, but we can certainly try to be like Mexico and India.

As a very tiny part of this system I feel sorry for myself. It looks like there is no way out. People always suggest going abroad to pursue a doctorate, but what if someone is not able to get financial assistance or scholarship? This is not criticism. This is a story of many ill-planned policies that lead us to nowhere but a deep sea of hopelessness.

The writer is a freelance columnist, and he can be reached at, raja_4_92@live.com