Pakistan tells Kabul to stop blame game, own its failures

* Fawad says everyone knows for whom people like Hamdullah Mohib work 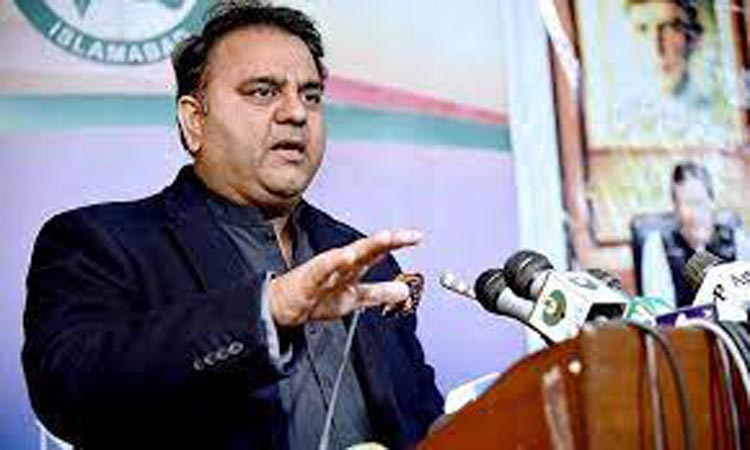 A number of government ministers on Tuesday came down hard on Afghanistan for blaming Pakistan for the growing violence and worsening security situation in the war-shattered country, asking it to stop the blame game and instead own their failures in bringing peace to the country.

“Pakistan stands for peace and nothing could be gained from conflicts,” Minister of Information and Broadcasting Chaudhry Fawad Hussain said. In a tweet, he said that in fact, the Kabul government needs to answer for daily incidents of terrorism in Pakistan sponsored and coordinated from Afghanistan. “Everyone knows for whom people like Hamdullah Mohib work,” he added.

Interior Minister Sheikh Rashid told a press conference in Islamabad that Pakistan has nothing to do with the political situation in Afghanistan and that peace in the neighbouring country is in favour of Pakistan. He added that Pakistan had sealed all its borders with Afghanistan and Pakistan had no involvement in the worsening situation in Afghanistan. The minister also said that India’s Research and Analysis Wing (RAW), Afghanistan’s National Directorate of Security (NDS) and Israeli spy agency were trying to sabotage peace in Pakistan.

Refuting allegations made against Pakistan during last week’s United Nations Security Council’s (UNSC’s) emergency meeting in which Pakistan was accused of backing Taliban insurgents, Energy Minister Hammad Azhar termed the allegations against Pakistan ‘baseless’, saying that the Afghan National Security Forces had voluntarily surrendered during battles against militants multiple times, despite having ‘massive financial support’. “Afghan government should own its failures. Pakistan strongly desires for peace and stability in Afghanistan,” he said in a tweet.

Special Assistant to the Prime Minister on Political Affairs Shahbaz Gill tweeted, “The Taliban control over 60% of Afghanistan but somehow Afghan officials run a campaign maligning Pakistan for their own failures instead of fighting on the ground. Daily their forces surrender and daily they blame Pakistan. Fight! Don’t do propaganda.”

A day earlier, Foreign Minister Shah Mahmood Qureshi had said at a press conference that Pakistan had repeatedly urged against pointing fingers on the Afghan situation. “If you have an issue, bring it up, discuss it and let’s find a way out,” he had added.

Meanwhile, Special Representative for Afghanistan Ambassador Muhammad Sadiq is visiting Doha, Qatar, to participate in the Regional Conference on Afghanistan and meeting of Troika Plus on 10-11 August 2021. Pakistan’s Ambassador to Afghanistan Mansoor Ahmed Khan accompanied the special representative, who is visiting Doha on the invitation of Dr Mutlaq Al Qahtani, Qatari Special Envoy for Counter Terrorism and Mediation in Conflict Resolution, a Foreign Office statement issued on Tuesday said. “Pakistan attaches high importance to the Troika Plus mechanism, involving Pakistan, US, Russia and China,” the statement said. “This meeting of Troika Plus in Doha is taking place at an important time when the security situation in Afghanistan is continuously deteriorating particularly as the withdrawal of US and NATO troops from the country continues,” it added.

“Pakistan hopes that the meetings in Doha would help facilitate resumption of Intra-Afghan Negotiations with a view to achieve a political solution for a peaceful, stable and prosperous Afghanistan, at peace with itself and with its neighbours,” the statement concluded.