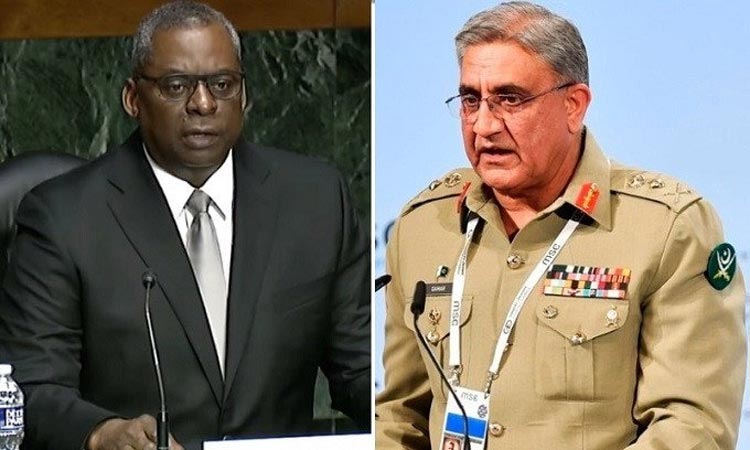 Army chief General Qamar Javed Bajwa and US Secretary of Defence Lloyd Austin on Tuesday discussed the ongoing situation in Afghanistan amid an escalation of violence in the war-torn country.

According to a press release issued by the Pentagon, Austin and General Bajwa had a telephonic conversation to discuss ‘mutual goals of security and stability in the region’. During the call, Austin expressed ‘interest in continuing to improve the US-Pakistan relationship’ and building upon multiple shared interests in the region.

The two sides also discussed the bilateral defence relationship and regional security and stability with reference to Afghanistan.

The call comes at a time when the Afghan Taliban are blitzing across the country, seizing six provincial capitals within days, and President Biden standing firm on a US exit with limited options appearing to be on the table to reverse the insurgents’ momentum.