Despite BCCI’s threats, Herschelle Gibbs arrives in Pakistan to participate in KPL 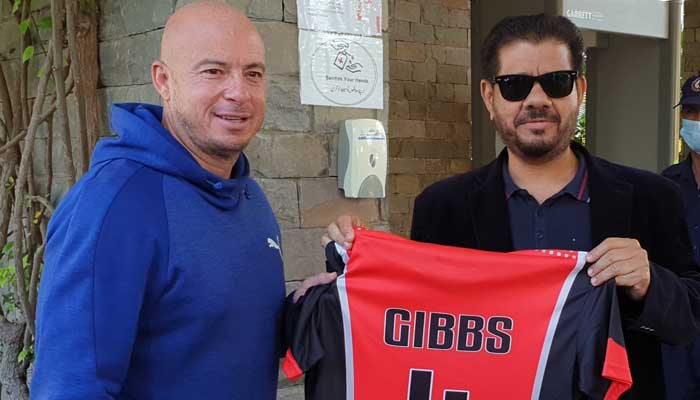 The international cricketer landed in the capital of AJK earlier today when he was presented with his Overseas Warriors number 4 jersey by the team’s owner.

Herschelle Gibbs’ involvement is significant since he defied warnings from the Board of Control for Cricket in India (BCCI) and decided to play in the KPL’s debut season, which is being held at the Muzaffarabad Cricket Stadium.

Former international cricketers have been cautioned by the BCCI not to participate in the KPL, claiming that if they do, they will be barred from participating in Indian cricket.
Monty Panesar, a former English cricketer, and Herschelle Gibbs, a former English cricketer, both publicly exposed the Indian board and its efforts to harm the KPL.
Matt Prior, Phil Mustard, Owais Shah, Tenu Best, and Monty Panesar are the six foreign cricketers who have withdrawn from the KPL.

According to sources, BCCI officials called the English and African cricket bodies and threatened to prohibit their players from participating in the KPL if they did.

Following the news, the South African cricketer turned to Twitter to criticise the BCCI for preventing him from playing.

The BCCI has also complained to the International Cricket Council (ICC) about the Kashmir league, requesting that it not be recognised.

The KPL is a T20 style major cricketing tournament sanctioned by the PCB with the goal of showcasing Kashmir’s importance and potential on a worldwide scale.