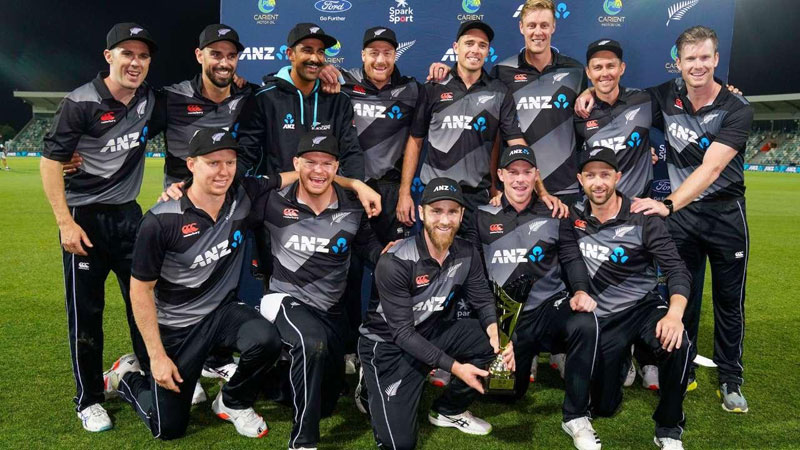 New Zealand will tour Pakistan for the first time in 18 years to play three one-day internationals and five Twenty20s, both countries said on Thursday.

Pakistan has made steady strides in restoring its image as a safe venue for international matches, after successfully hosting Zimbabwe, Sri Lanka, the West Indies, and South Africa in recent years.

The Pakistan Cricket Board (PCB) said New Zealand will tour “Pakistan for the first time since 2003” starting September 17, with all matches split between the central cities of Lahore and Rawalpindi.

“The 2019 World Cup finalists, who are also the World Test champions and ranked third in T20Is, will draw tremendous attraction and interest from the local fans, and will reinforce Pakistan’s status as a safe and secure country,” PCB Chief Executive Wasim Khan said in a statement.

A bomb blast outside the New Zealand team’s hotel in Karachi in 2002 cut short the Black Caps’ last Test tour of Pakistan, but they visited again for an ODI series the following year.

After a deadly 2009 attack on the Sri Lanka team bus in Lahore, most of Pakistan’s international matches have been hosted outside the country over security fears.

However, the rapid improvement in security in recent years has gradually seen the return of international cricket to Pakistan.

Rawalpindi’s Pindi cricket stadium will host the ODIs between September 17 and 21, while Lahore’s Gaddafi Stadium will stage all five T20s, starting on September 25 the PCB said.

Kane Williamson’s side is currently ranked number one in Tests and ODIs.

“New Zealand was the first country outside India to (ever) tour Pakistan and we share a close relationship with the PCB,” White added.

“It’s great that, after such a difficult time for Pakistan, international cricket is again being played in the country.”

The three one-day internationals are part of the ODI League, a qualification process for the men’s Cricket World Cup in 2023 to be held in India.

New Zealand will be the first side to visit Pakistan in what the PCB has called a “bumper 2021-22 season”.

The West Indies are also expected to arrive in Karachi in December for three ODIs and three T20s. And later, Australia is scheduled to undertake a full tour in February-March 2022.