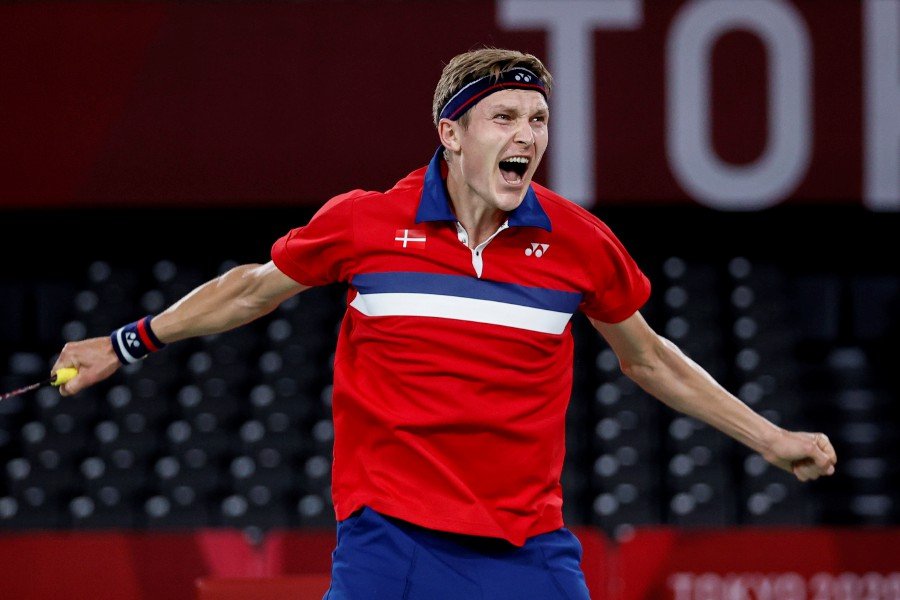 But Antonsen stumbled in his quarter-final against Indonesia’s Anthony Sinisuka Ginting, going down 21-18, 15-21, 21-18.

Axelsen was all business as he dispatched world number 11 Shi, completing the match in just 41 minutes.

“Making it look quite comfortable and the feeling you have on court are two different things,” said Axelsen, the tournament favourite after world number one Kento Momota suffered a shock early exit.

“He’s an absolute world-class player if you let him play his game. I knew that I had to take control, I had to play the right game, otherwise it would be a really tough game for me.”

World number three Antonsen clawed his way back after losing the first game against Ginting, but was unable to last the pace as the Indonesian finished stronger.

“In the end he was better, definitely,” said Andersen.

“Right now it hurts, it hurts really bad. I have to deal with that pain in the next few weeks. I’ll be back stronger, I’m sure.”

Cordon edged a step closer to winning Guatemala’s second-ever Olympic medal with his win over Heo, who knocked out Momota in the group stage.

The 34-year-old journeyman crumpled to the ground in disbelief after hitting the match-winning point, then lay sobbing on the court until the result had sunk in.

“I’m still a kid, playing like a kid, having fun, trying to do my best,” said Cordon.

“Can you believe that I’m in a semi-final right now? This feeling is just amazing.”

“It was very difficult, and both of us played really well,” said Chen, who kept China’s hopes of a badminton gold medal clean sweep in Tokyo alive.

“It was only in the second half of the third game that I started to rack up the points. Maybe I was just a bit luckier than him.”