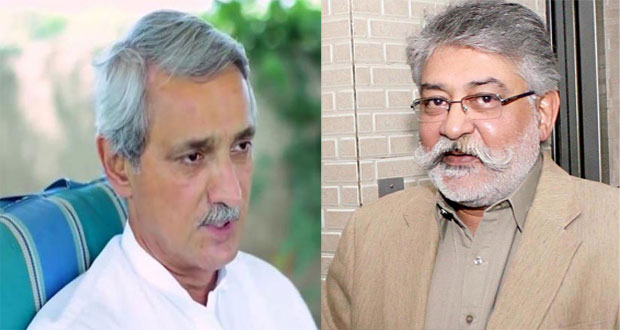 ‘Estranged’ Pakistan Tehreek-i-Insaf (PTI) leader Jahangir Khan Tareen and Pakistan Muslim League-Functional (PML-F) chief Pir Pagara stated that the incumbent government is not fairly treating them and expressed their skepticism on the situation.

While Pir Pagara disclosed how the government’s wants to woo his party members to join the PTI, Tareen is of the opinion that the government was determined to make Member of Punjab Assembly (MPA) Nazir Ahmad Chohan a ‘rebel’.

He made it clear that he had no separate group and that whatever allegations had been levelled against him were merely a ‘propaganda’.

“I have remained loyal to the party all these years. But sadly I was targeted,” Tareen regretted and stated that FIA’s arrest of Nazir Ahmad has raised concerns amongst his group.

Pagara regretted that despite the fact that PML-F was supporting the government unconditionally still the latter was trying to trigger defections in his party. “Around 300 of my devotees were booked in different cases when Special Assistant to Prime Minister (SAPM) on Sindh Affairs Arbab Ghulam Rahim was running his election campaign. And they are still facing these cases,” he said.

PML-F chief said that if PTI was dying to create dents in its allied parties it should have better waited for the next general elections.

He said he had conveyed to the government his party’s concerns. “I have told Foreign Minister Shah Mehmood Qureshi how we are feeling after the recent steps taken by the PTI,” Pagara added.

Both the leaders are determined to keep meeting each other in the future.