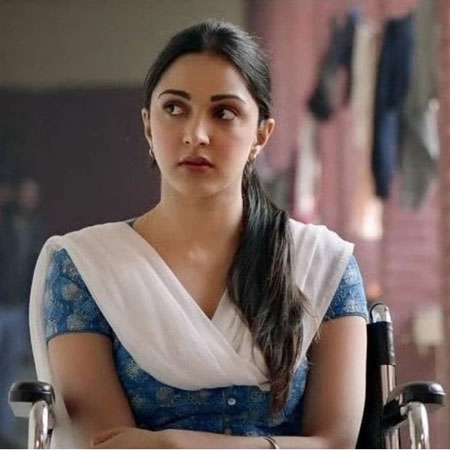 A video of actor Kiara Advani being told to remove her mask at the airport to confirm her identity reminded fans of the scene from MS Dhoni: The Untold Story.

In the film, Kiara played the role of a receptionist, who didn’t recognise the ace cricketer and asked him to prove his identity before being allowed to his room.

In a video, that’s being shared by paparazzi accounts, Kiara was at the airport when a CISF officer requested that she remove her mask to confirm her identity. Kiara complied.

Fans flooded the comment section with MS Dhoni references. One wrote, “He learnt it from her film DHONI!” Another commented, “MSD me ye bhi sincerely work ki thi jab Dhoni ka id maanga tha.” One wrote, “What she did with Dhoni in the movie, Karma.” One person wrote, “Kabir Singh Ki Bandi hai,” referring to her film with Shahid Kapoor, Kabir Singh.

However, others noted that it was the duty of the CISF officer, regardless of whether she was a celebrity or not. “It’s CISF. Nation 1st. What did you expect? Celebrity or no, duty first always.” Some had different priorities and questioned her attire as she was wearing boots. “Is it cold in India, why do celebrities wear boots and thick clothes?”

Meanwhile, Kiara Advani will next be seen in the war drama Shershaah, where she stars opposite Sidharth Malhotra. The film is based on the life on Captain Vikram Batra and will release on August 12, on Amazon Prime Video.