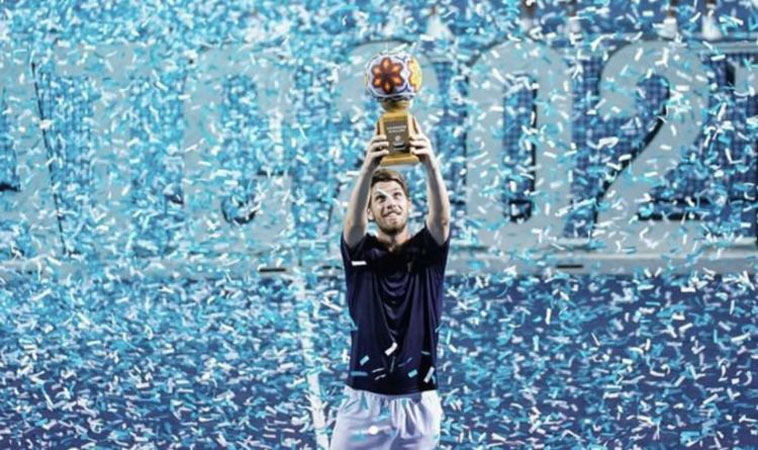 LOS CABOS: Cameron Norrie collected his first ATP tour title when he defeated American teenager Brandon Nakashima 6-2, 6-2 to win the Mifel Open on Saturday. The 25-year-old Briton, ranked 30 in the world, did not drop a set en route to the trophy and lost just 10 games in his final three matches. But he still needed four championship points before he could secure the title. “It was always a goal of mine to get my first title,” said Norrie. “Obviously I’d lost three finals this year, so it was very nice to get over the line today.” The left-hander is enjoying the best season of his career, and with his 35th win of 2021, he is now tied for the third-most victories on tour this season with world number one Novak Djokovic. Nakashima was trying to become the youngest American ATP Tour title holder since Andy Roddick, who was also 19, lifted the Houston trophy in 2002.