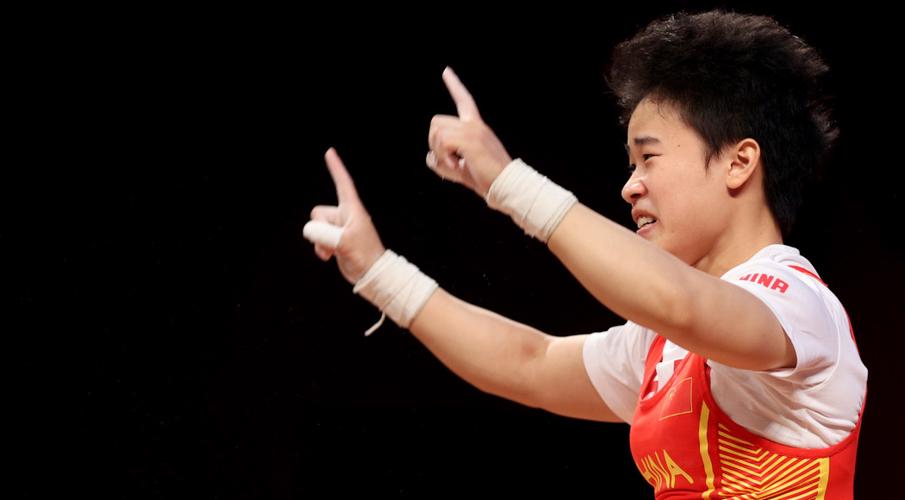 The 24-year-old world championship silver medallist Hou dominated the 49kg competition, opening up an early 7kg advantage over Mirabai that she never relinquished at the Tokyo International Forum. “I felt very happy when I finally made it,” said Hou. “In one second all the stress disappeared. I prepared for five years so it means a lot to me.” Mirabai, the 2017 world champion at 48kg, was unable to make inroads on Hou’s 210kg aggregate but was ecstatic at becoming India’s first weightlifting silver medallist, after Karanam Malleswari’s bronze in the women’s 69kg at Sydney 2000. Mirabai hoped her success could inspire more Indian young women to take up weightlifting.

“It’s a really big thing, the first silver for India. Whatever happens in the future I hope this is just the beginning,” said Mirabai. Back in India, Prime Minister Narendra Modi led the celebrations as the country celebrated only its fifth individual Olympic silver medal in the history of the Games. “Could not have asked for a happier start to @Tokyo2020!,” Modi tweeted. “India is elated by @mirabai_chanu’s stupendous performance. Congratulations to her for winning the Silver medal in weightlifting. Her success motivates every Indian.” Had she won gold, Mirabai would have been just the second athlete — and first female — from the country of 1.3 billion people to win an individual Olympic title, after Abhinav Bindra in the 10m air rifle at Beijing 2008.

Teenager Windy Cantika Aisah took the bronze for Indonesia after smashing her personal best twice in the clean and jerk. The 19-year-old from Bandung hoisted 110kg with her third attempt and screamed with delight as she secured a medal. She put her success down to her mum Siti, who was also a weightlifter. “Yes my mum inspired me and though I cannot say what will happen in the future, right now I am just so happy,” Aisah told AFP. Hou’s victory could herald a gold rush for China in the weightlifting, especially with arch-rivals North Korea absent. China have sent a full quota of four men and four women to Tokyo, and all are capable of finishing on the top step of the podium.

Earlier in Group B of the 49kg competition, Papua New Guinea’s Loa Dika Toua made history as the first female to compete in five Olympic weightlifting competitions, just a few hours after carrying her nation’s flag at the Tokyo 2020 opening ceremony. It was a remarkable achievement by the 37-year-old, coming 21 years after she became the first female ever to lift at an Olympic Games, when women’s weightlifting was first introduced at Sydney 2000. “It’s an amazing feeling,” she told AFP. “Your dream is to go to one Olympics, and maybe a second one. But I never imagined in a million years that I would make it to five.” Her five-Games feat was later matched by double Olympic medallist Hiromi Miyake from Japan, who won a silver medal at London 2012 and bronze at Rio five years ago but finished out of the medals.