* Malkovich's Sam Nelson is merely a supporting character — one of the hostages, as well as the wealthy congressman stepfather to the real hero 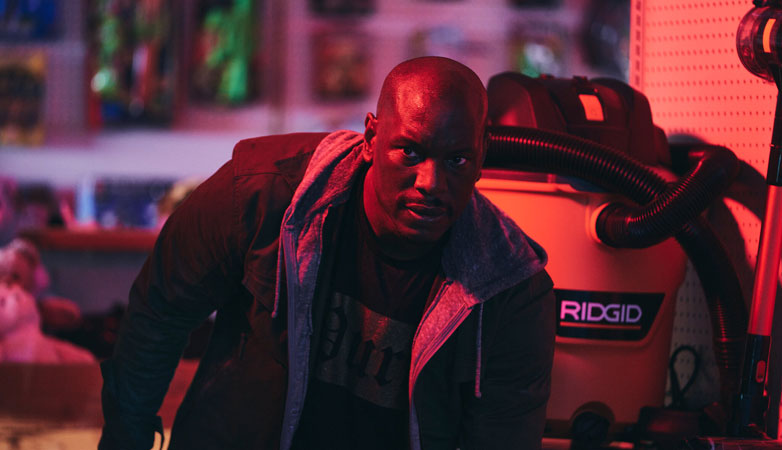 When you think about, it’s obvious why there are so many enclosed-space hostage thrillers: they’re pretty cheap to make.

Location shooting is expensive, but all you need here is your he-man, an assortment of hostages – preferably including one or two who are dear to the hero, like a wife or child – and that enclosed space. An airplane or speeding bus are great if you have a bit more cash to burn, but in this more economically budgeted directed film by Jon Keeyes, we have a humble supermarket. It’s one of those really big US supermarkets, like a Wal-Mart, but it’s called Nelson’s, after its owner in the story, who is played by John Malkovich, seriously slumming it. Fortunately, it’s a supermarket with camping, DIY and even ammunition aisles, to help further the story along.

Malkovich’s Sam Nelson is merely a supporting character – one of the hostages, as well as the wealthy congressman stepfather to the real hero, ex-Marine turned child protection services social worker Kyle Snowden. Kyle is suffering with PTSD from his time in Afghanistan, but is nevertheless devoted to his cute daughter Angel, his friend and co-worker Clove and all the kids he saves from unsafe places, such as Hispanic migrant’s child Manny. All of the above end up trapped in Nelson’s by some disenfranchised white rightwingers in suicide vests, led by Eagan, who are threatening to blow the whole place up for assorted hazy reasons, mostly revenge. 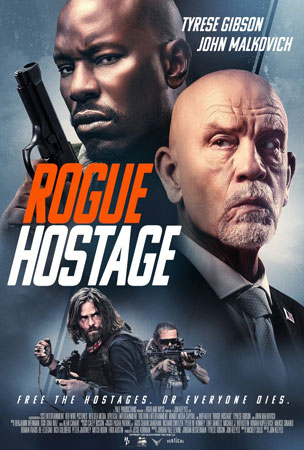 Keeyes and scriptwriter Mickey Solis skew the material towards lefty viewers by making the underlying culture-war friction pretty obvious and having all the good guys be either people of colour or gay – or both, as in the case of store manager Sunshine, who finds a secure room to hide in and helps Kyle strategise by means of a short-range radio network and a psychology degree. The whole shooting match is pretty bloody, and as cheesy as the dairy aisle, but decent fun to watch.

Rogue Hostage is released on 26 July on digital platforms.