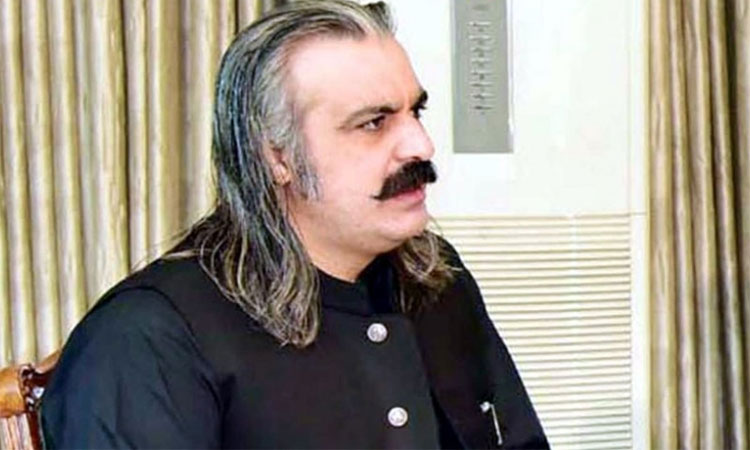 Everything is fair in love and war. So, we have heard. But what to do when those playing the game of politics want to fight dirty. It all started with the king of follies and his determined scuttling on a warpath. Since it is unbelievably convenient to get tangled in the thick of ludicrous treason accusations, Federal Minister Ali Amin Gandapur decided to go all in; reopening political wounds for all rivals. Calling the late Zulfiqar Ali Bhutto a “traitor” in the heat of an election rally was no joke. Dragging a former prime minister, who also happens to be the head of Pakistan’s oldest political dynasty, through the mud was bound to have some unpleasant circumstances. Trouble was what he asked for and trouble was what he got. First, the “propoganda” made its way to Islamabad where PPP members in both houses accused the ruling government of dragging the country to the dangerous arena of confrontational politics. So much for pleasing the boss, Mr Gandapur! You would probably have to cross some more lines for the kaptaan to call you “hamara bacha!”

Stooping to yet another low, the esteemed minister had opted for the personal route. No matter how many graft cases the PML-N supremo may be facing, airing his laundry in AJK Elections campaign was a move taken in haste. Though factually correct, the narrative could not be hooted at more wrong venue. And quite expectedly, one not well taken by the Kashmiri audience.

Blackening the name of Sharif and co. in a region ruled by Lahori Lions was considered the perfect reason for overenthusiastic activists to orchestrate an attack of eggs and stones on his convoy. As the AJK Election Commission slapped a ban on Mr Gandapur’s participation in the campaign, both PML-N and PPP have upped their ante. Unfortunately, all of the election centres around heated charges like “thief,” “sellout,” and “Modi’s yaar.” It would be quite some time before the overcrowded rallies return to the boring affairs of policies.

The highly toxic vitriol goes on. However, going by the ludicrously derogatory remarks ahead of the Gilgit-Baltistan elections last year, this season’s slanging match was bound to happen. Wasn’t it the same stiff-moustached mouthpiece who had deploringly called PML-N Vice President beautiful “but only because she has spent millions of taxpayer money on surgeries to look the way she does.” As if claiming Miss Maryam had gone under the knife was not enough, he had even asked the PPP chairman to “be a man.” Now, watching iconic comedians leaving the audience in hysterics is a common pastime. But, you are no Russel Peters sir, so better leave his punchline.

Pakistani politics plumbing new depths is a tale as old as time. With the swish of their wands, the powers-that-be had miraculously rubber-stamped the very sister of our founding father as “traitor.” But as our romance with feeble democracy became more intricate, so did the variety of despicable retorts. Decades later, pamphlets reciting the usual list of charges against Bhutto women had rained from the skies. Sadly, the fact that it is 2021 has left a negligible impact on improvement in our ways. For the ruling elite is hankering just as desperately for victory. By hook or by crook. Things have come to a point where one steps on the shores of politics fully aware that he won’t come out unscathed. Yet, this is not to say everything controversial only trickles out of the PTI camp. From farce allegations on Jemina to misogynist attacks against Human Rights Minister Shireen Mazari, the party has also had more than its fair share of foul rhetoric. With name-calling and fistfights fast becoming part and parcel of Pakistani politics, decency is not to return to the floor anytime soon. We are fast approaching a brick wall. Better mind our ways before politics becomes a no-go area for anyone with even the remotest semblance of ideals.