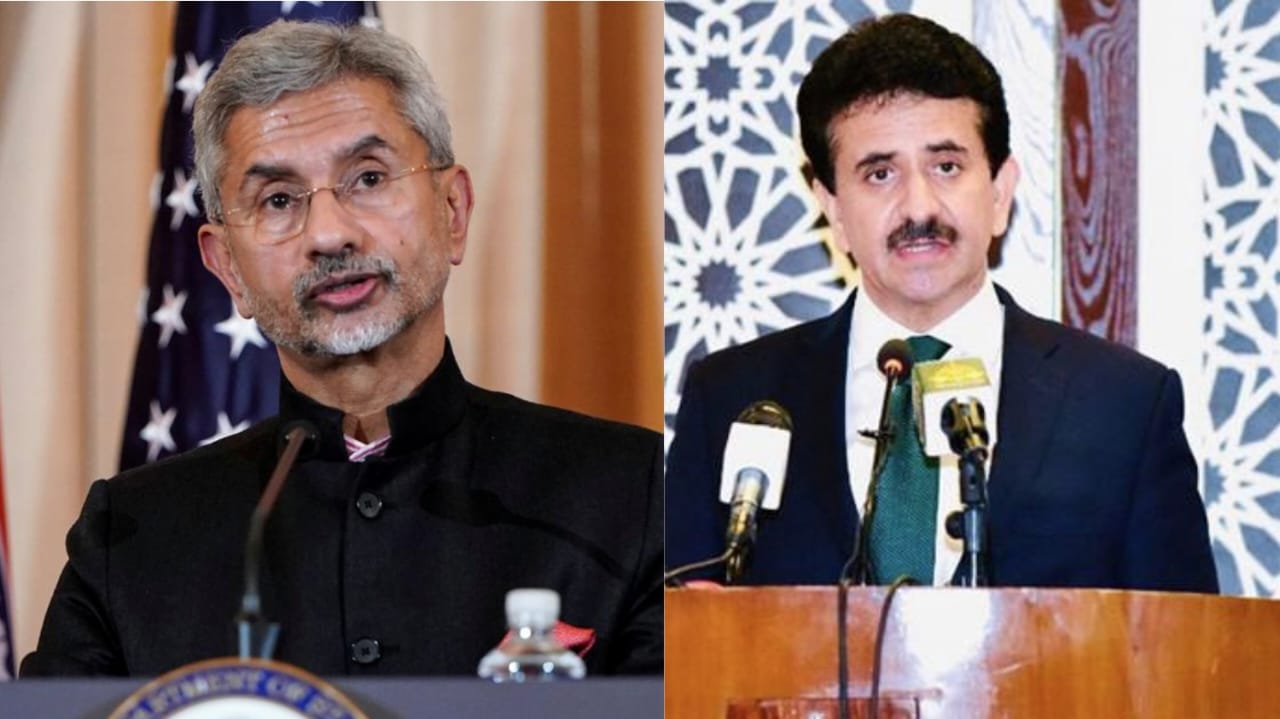 The Foreign Office (FO) criticized an Indian minister’s statement on Monday, admitting that it had a part in keeping Pakistan on the Financial Action Task Force’s (FATF) grey list.

Chaudri emphasized that Islamabad has been highlighting India’s role in the politicization of the FATF to the international community, time and again. He added that the recent statement by the Indian foreign minister was “just a further corroboration of its continued efforts to use an important technical forum for its narrow political designs against Pakistan”.

“While Pakistan has been sincerely and constructively engaged with FATF during the implementation of the action plan, India has left no stone unturned in casting doubts on Pakistan’s progress through disgraceful means,” said the FO spokesperson.

“Pakistan is also considering approaching the FATF president for appropriate action in this matter. Following the recent confession by Indian Government, India’s credentials for assessing Pakistan in FATF as co-chair of the Joint Group or for that matter any other country are subject to questions, which we urge FATF to look into,” said Chaudhri.

The FO said Pakistan’s “immense progress” in Anti-Money Laundering/Combating the Financing of Terrorism (AML/CFT) had been demonstrated through “concrete, tangible and verifiable actions” that were acknowledged by FATF.

“We are resolved to sustain this momentum and trajectory with the support and cooperation of our international partners. India’s delusions of putting pressure on Pakistan have always remained unfulfilled and would never see the light of day,” said Chaudhri. He also reaffirmed Pakistan’s commitment to the AML/CFT systems.

Jaishankar’s statement confirms what Pakistan has been saying all along

Federal Energy Minister Hammad Azhar tweeted that Jaishankar’s statement “only confirms what Pakistan has been saying all along”.

“India actively politicizes & undermines the technical processes & spirit of FATF,” tweeted Azhar. He added that Pakistan’s “progress is nevertheless undeniable” and vowed that Islamabad “shall soon” complete both its action plans.

In a report published by The Print, India’s External Affairs Minister S Jaishankar credited the Modi-led government for its “efforts” to ensure that FATF kept Pakistan on the grey list.

The minister issued the statement while addressing BJP leaders’ training programme on the foreign policy of the government via video link, the outlet said.

“FATF as all of you know keep a check on fundings for terrorism and deals with black money supporting terrorism. Due to us, Pakistan is under the lens of FATF and it was kept [on] the grey list. We have been successful in pressurizing Pakistan and the fact that Pakistan’s behavior has changed is because of pressure put by India by various measures. Also terrorists from LeT and Jaish, India’s efforts through the UN, have come under sanctions,” Jaishankar reportedly told the leaders, according to The Print.

On June 25, the FATF stated that it recognizes Pakistan’s progress and efforts to address items in its country action plan related to countering terrorism financing and has encouraged it to continue development and address as soon as practicable.

It should be recalled that on June 25, the FATF had said that it recognizes Pakistan’s progress and efforts to address items in its country action plan that pertain to combating the financing of terrorism and has encouraged it to continue progress and address as soon as possible “the one remaining CFT-related item”.

It had also handed the government six new anti-money laundering areas to work on.

“The Pakistani government has made substantial progress in making its counter-terrorist financing systems stronger and more effective. It has largely addressed 26 out of 27 items on the action plan it first committed to in June 2018,” he said.

Dr Pleyer had said that the plan focused on terrorist financing issues.

He had said that the one key action item still needs to be completed “which concerns the investigation and prosecution of senior leaders and commanders of UN-designated terror groups”.

The FATF president highlighted that Pakistan has “made improvements” after the Asia Pacific Group highlighted issues in 2019 during its assessment of Pakistan’s entire anti-money laundering and counter-terrorist financing system.

“These include clear efforts to raise awareness in the private sector to Pakistan’s money laundering risks and to develop and use financial intelligence to build a case.

“However Pakistan is still failing to effectively implement the global FATF standards across a number of areas. This means the risks of money laundering remain high which in turn can fuel corruption and organized crime.”

Last month, Foreign Minister Shah Mahmood Qureshi had reiterated that India wanted to use the FATF forum for “political purposes” but should not be allowed to do so.

Similarly, after the global financial watchdog announced in June that Pakistan would continue to remain on its “increased monitoring list”, federal Minister for Energy Hammad Azhar had also hit out at India, saying its face had been “badly unveiled” and it had “overplayed its hand”, because of which everyone now knew that it had one purpose – to politicize the FATF.

“I think India’s thoughts and politicization efforts there [in the forum] are losing weight with time because they have become so visible,” he had said.

Earlier this year, the Foreign Office had criticized India for linking a conviction of banned Lashkar-e-Taiba (LeT) leader Zakiur Rehman Lakhvi with the FATF, terming it “yet another Indian attempt to politicize FATF and use its processes against Pakistan”.

Meanwhile, after the blast in Lahore’s Johar Town, Foreign Minister Qureshi had on June 28 said that Pakistan had shared “concrete proofs” of India’s terror financing in the country and demanded that the FATF bring India in the dock and question its wrongdoings.

“The FATF member countries’ action [after witnessing India’s terror financing proofs] will determine whether it’s a technical or a political forum,” Qureshi had said.