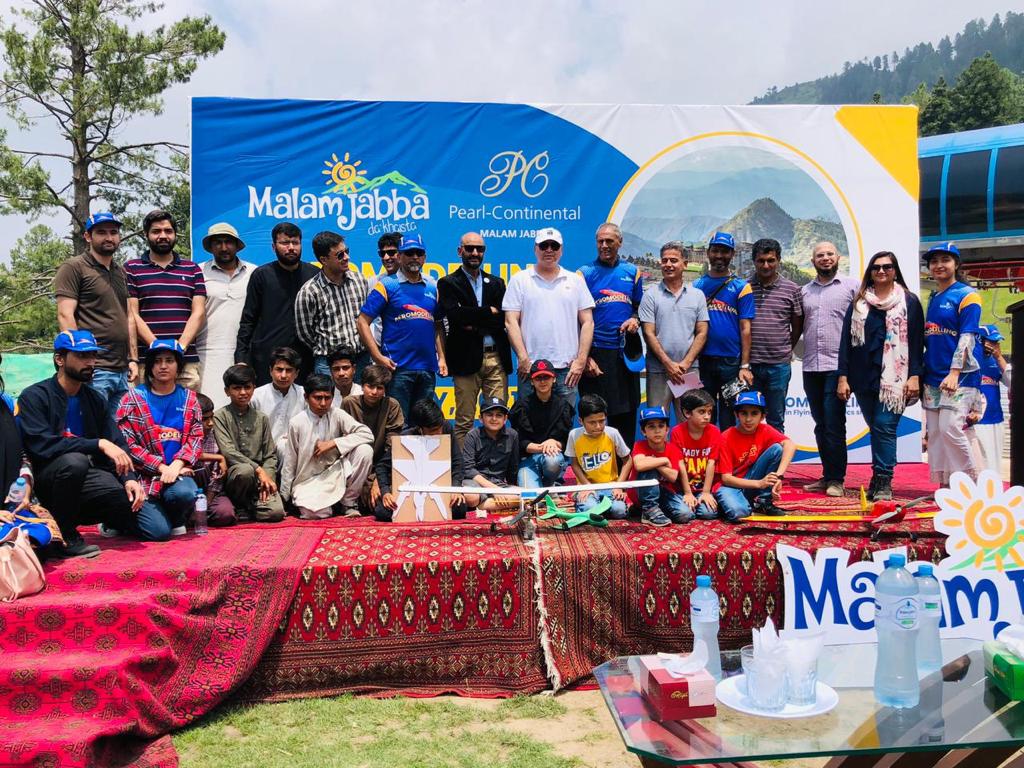 SWAT: Aero modelers from across the country on Saturday took a new and unique experience of flying their remote-control aircraft at a height of 9,000 feet from sea level.

The day-long recreational-cum-learning event involving multiple aeromodelling activities was organized by Samson Group of Companies to create awareness about the hobby, as well as, promote Malam Jabba as one of the best adventurous and sports tourism destinations.

“Aeromodelling is one of the finest hobbies and its experience within mountains is really fantastic,” Usman Ahmed, an aero modeler from Islamabad, told daily times here while describing the initiative a ‘remarkable step’ of the organization.

He said the hobby was a mixture of technology and sports and provided two sorts of leisure in ‘one ticket’, adding there was a need to set up aeromodelling clubs in every major city, especially at every tourist destination to promote the sports.
Usman noted that Pakistan had only three aeromodelling clubs, whereas the United Kingdom had as many as 800 such facilities.

He said he was grateful to the company’s management for providing aero modelers an opportunity to inculcate knowledge of the aviation industry in the budding ones.

According to Samson Group of Companies Spokesperson Samar Sabeen, four types of activities were arranged at Malam Jabba ski resort to attract the youth towards such a healthy activity.

She said static display of model aircrafts was arranged, in addition to remote control flying activity, kit assembling and others.

Sabeen said such an event was organized at Malam Jabba for the very first time, adding multiple aeromodelling groups had been invited from across the country.

DG Cultural and Tourism Kamran Afridi also participated in the aeromodelling show and praised the aeromodelling activities there. Talking to media, Kamran Afridi said that the provincial government is serious in promoting tourism, Work is underway on tourism projects worth Rs 8 billion. While 100 km of highways will also be built in it. “Such activities will boost adventure tourism and similar activities will be held in the future as well,” he said.