Maryam’s charisma vs Bilawal’s political heritage; the face off before AJK elections 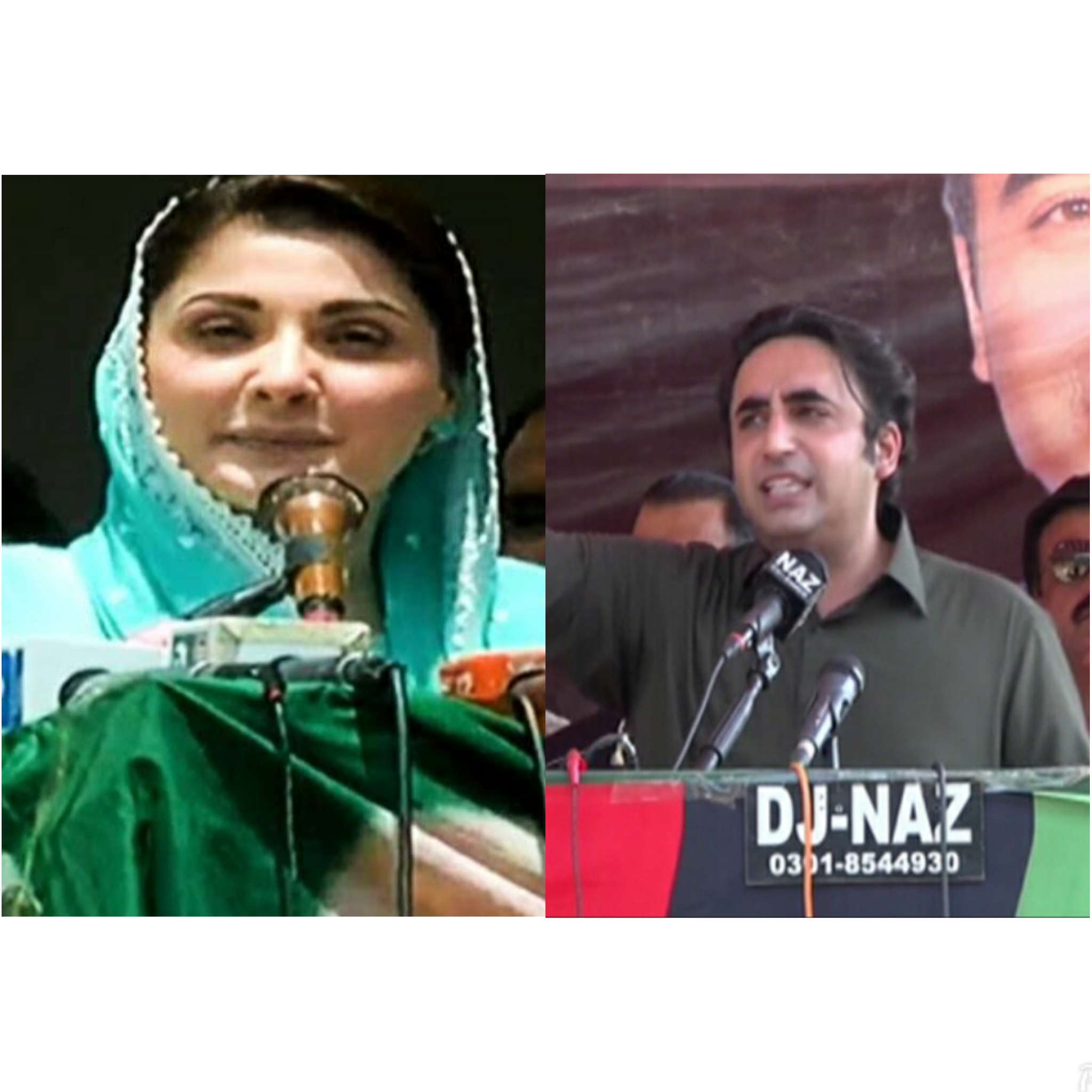 Maryam Nawaz, the future of the PML-N party and the daughter of the former prime minister of Pakistan is seen dallying her way from town to town to win the support of the Kashmiri people while the heir of the Bhutto clan is aggressively campaigning to convince the masses of his continued devotion to the country.

While emotions are high and energies sky rocketing, both leaders are successfully trying to sell a narrative that portrays Imran Khan, the Prime Minister of the state as a thug and thief who has sold his soul to the devil.

If the PPP wins the AJK elections and forms the government, it would be Bilawal’s single biggest political achievement since his launch as the heir apparent to the Bhutto legacy. The young powerhouse of talent initiated the battle, vigorously conducting back to back speeches before leaving for the US on a fortnight trip.

However, the political diva, Mrs Safdar is leaving no stone unturned to champion the tough competition despite the sword of multiple inquiries and investigations she and her relatives, Nawaz and Shehbaz Sharif are facing at the hands of watchdog organisations after being allegedly involved in corruption worth billions.

The point to ponder here is that PML-N, with Maryam over its wing, might have a higher chance of winning the trust of the people as compared to Shehbaz Sharif, whose speeches lack the general enthusiasm needed to pursue the masses of service delivery in the future.

However, the PML-N leader’s choice of words could be a deal breaker as she keeps taking digs at the prime minister during her speeches while making controversial points over the current leader.

If mended, Maryam has the capability to charm her way through.

Nawaz Sharif’s absence, at the moment, whether is a blessing or a lacuna, time will tell for the party but there is no doubt that Maryam’s narrative of ‘lion will roar again’ in Kashmir could bear fruit despite present bottlenecks.

On the other hand, a set of PTI ministers, including Ali Amin Gandapur and Murad Saeed accompanied by party secretary general Aamir Mahmood Kayani, are on the campaign trail to keep competition cut-throat.

The PTI has formally named Gandapur as the head of its poll campaign. A committee has been formed under his chairmanship to oversee and steer the electioneering for better performance contrary to the past.

The PTI is keenly eyeing the 12 directly contested seats of refugees settled in Pakistan. In Punjab and Khyber Pakhtunkhwa (KP), its provincial governments are in a better position to play a dominant role to make its candidates successful.

The debate over the next democratic government in Azad Kashmir is one filled with apprehensions, excitement and energy. Whichever party wins the elections, it would be a democratic win for the Kashmiris while opening a new round of political competition for the parties already at loggerheads.