Iraq and US discuss troop withdrawal, after Iran talks 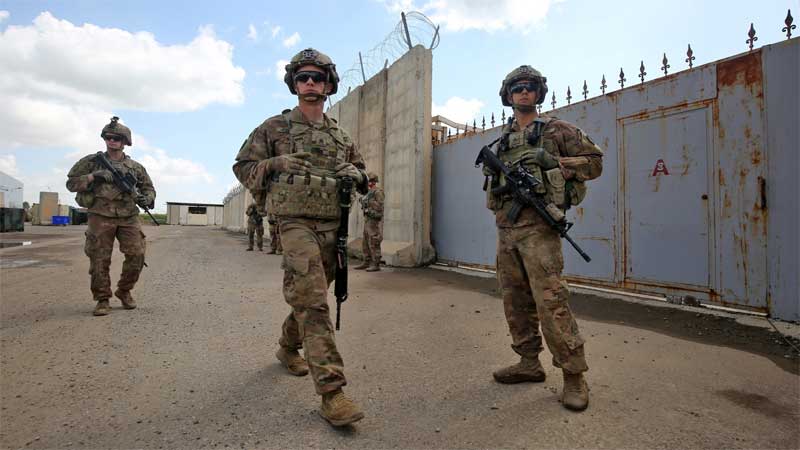 Iraq’s Prime Minister Mustafa al-Kadhemi and US envoy Brett McGurk discussed Thursday the withdrawal of troops, his office said, one day after top Iraqi and Iranian security officials met. “Discussions took place about mechanisms for (US) combat troops’ withdrawal from Iraq, and moving forward to a new stage in strategic cooperation,” the Iraqi prime minister’s office said in statement. McGurk is the Middle East and Africa coordinator in the White House. Some 3,500 foreign troops are still on Iraqi territory, including 2,500 Americans, who have been posted to help fight the Islamic State group since 2014. Kadhemi is scheduled to visit Washington later this month to push for a concrete timetable of troop withdrawal. The implementation of their withdrawal could take years. Iraq, long an arena for bitter rivalry between the US and Iran despite their shared enmity towards IS, has seen growing numbers of rocket and drone attacks on American targets in recent months. The meeting came after Iraq’s National Security Agency chief, Abdel Ghani al-Assadi, met Wednesday in Baghdad with Iran’s Intelligence Minister Mahmoud Alavi. The Iranian official reportedly assured his country’s support for “security and stability in Iraq,” according to am Iraqi National Security statement. The meetings come a little more than a week after 14 rockets were fired at the Ain Al-Assad air base, which hosts American troops in western Iraq, and three others which landed near the US embassy in Baghdad.