* 'I'll have a better understanding of why in a year,' he told the magazine, 'and an even better one in two and an even greater one in five' 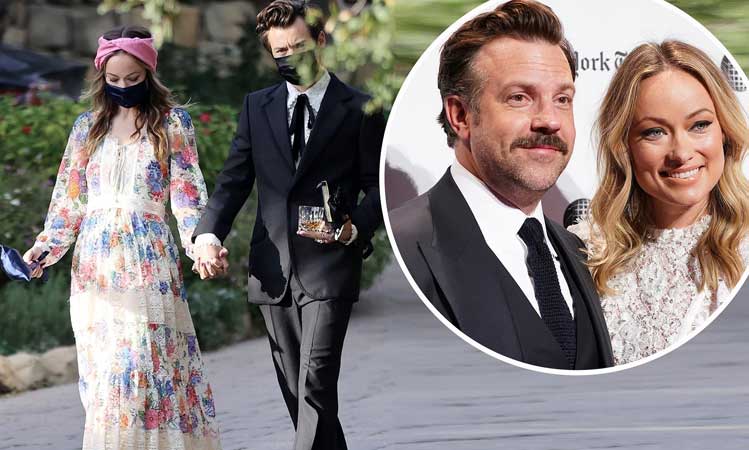 Jason Sudeikis is speaking out about his split from Olivia Wilde.

The 45-year-old actor broke his silence on the breakup in a cover story for GQ’s August issue, admitting even he still doesn’t have complete clarity on the end of their relationship.

“I’ll have a better understanding of why in a year,” he told the magazine, “and an even better one in two and an even greater one in five and it’ll go from being, you know, a book of my life to becoming a chapter to a paragraph to a line to a word to a doodle.”

For now, the ‘Saturday Night Live’ alum is trying to determine what he can learn about himself through it all.

“That’s an experience that you either learn from or make excuses about,” he explained. “You take some responsibility for it, hold yourself accountable for what you do, but then also endeavour to learn something beyond the obvious from it.”

Though it was understood at the time that Sudeikis and Wilde-they share two kids-split in early 2020, the actor confirmed to GQ that they called off their seven-year engagement in November of that year.

For now, the ‘Saturday Night Live’ alum is trying to determine what he can learn about himself through it all

Fast-forward to January 2021, and Wilde was spotted holding hands with Harry Styles, who she worked with on her movie Don’t Worry Darling. And while the actress and the singer have kept details of their relationship private, they’ve continued to be seen together, packing on the PDA during a vacation in Italy.

But the past year wasn’t all bad for Sudeikis. In August 2020, his show, Ted Lasso, premiered on Apple TV+. Sudeikis would go on to win a Golden Globe for his performance, accepting the honour at the virtual ceremony in a tie-dye hoodie made by his sister’s clothing company. Although, he made it clear to GQ he was “neither high nor heartbroken” while donning the attire. He just didn’t want to wear the Tom Ford suit he had initially planned on sporting.

“And yet one has nothing to do with the other,” Sudeikis said about the similarities in the show, which had already been written and aired by the time news of his split from Wilde broke. “That’s the crazy thing. Everything that happened in season one was based on everything that happened prior to season one. Like, a lot of it three years prior. You know what I mean? The story’s bigger than that, I hope. And anything I’ve gone through, other people have gone through. That’s one of the nice things, right? So it’s humbling in that way.”

In fact, Sudeikis said it was Wilde who encouraged him to take on the role during a dinner in 2015.

So while Sudeikis, who’s been sparking romance rumours with co-star Keeley Hazell, acknowledged it was a hard year, he also suggested he’s continuing to move forward. “I think it was really neat,” he told GQ. “I think if you have the opportunity to hit a rock bottom, however you define that, you can become 412 bones or you can land like an Avenger. I personally have chosen to land like an Avenger.”

And how did he do that? “I don’t know. It’s just how I landed. It doesn’t mean when you blast back up you’re not going to run into a bunch of s–t and have to, you know, fight things to get back to the heights that you were at, but I’d take that over 412 bones anytime,” he continued. “But there is power in creating 412 bones! Because we all know that a bone, up to a certain age, when it heals, it heals stronger. So, I mean, it’s not to knock anybody that doesn’t land like an Avenger. Because there’s strength in that too.”