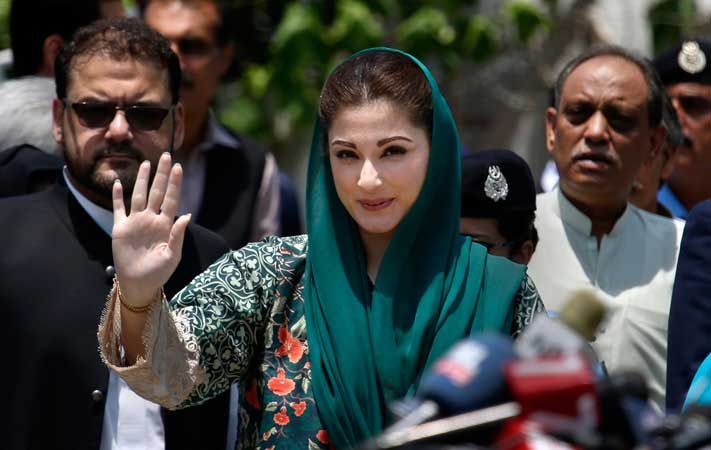 A rally led by Pakistan Muslim League-Nawaz (PML-N) Vice President Maryam Nawaz during an Azad Jammu and Kashmir (AJK) election campaign at a college ground on Monday forced the cancellation of the intermediate exam. According to details, the PML-N organized an election rally at an intermediate college in Leepa valley in the AJK on Monday.

The female students of the college were disrupted during the exam owing to the speeches from PML-N leaders including Maryam Nawaz on loudspeakers.The principal of the college, rather than asking PML-N leaders to stop the gathering, decided to cancel the exam.

It is pertinent to mention here that Maryam Nawaz has been leading the PML-N election campaign in Azad Jammu and Kashmir (AJK). In her address to a public gathering on Sunday, Maryam Nawaz warned the incumbent government of a strong reaction if elections in Azad Jammu and Kashmir (AJK) are “rigged”. Addressing a rally in Hattian Bala, AJK, as part of her election campaign, the PML-N leader alleged that the Pakistan Tehreek-e-Insaf (PTI) government was spending money to “buy votes” ahead of polls in Azad Jammu and Kashmir. “If the govt attempted to rig elections in AJK, Raja Farooq Haider and PML-N would stage a sit-in Islamabad,” she added.