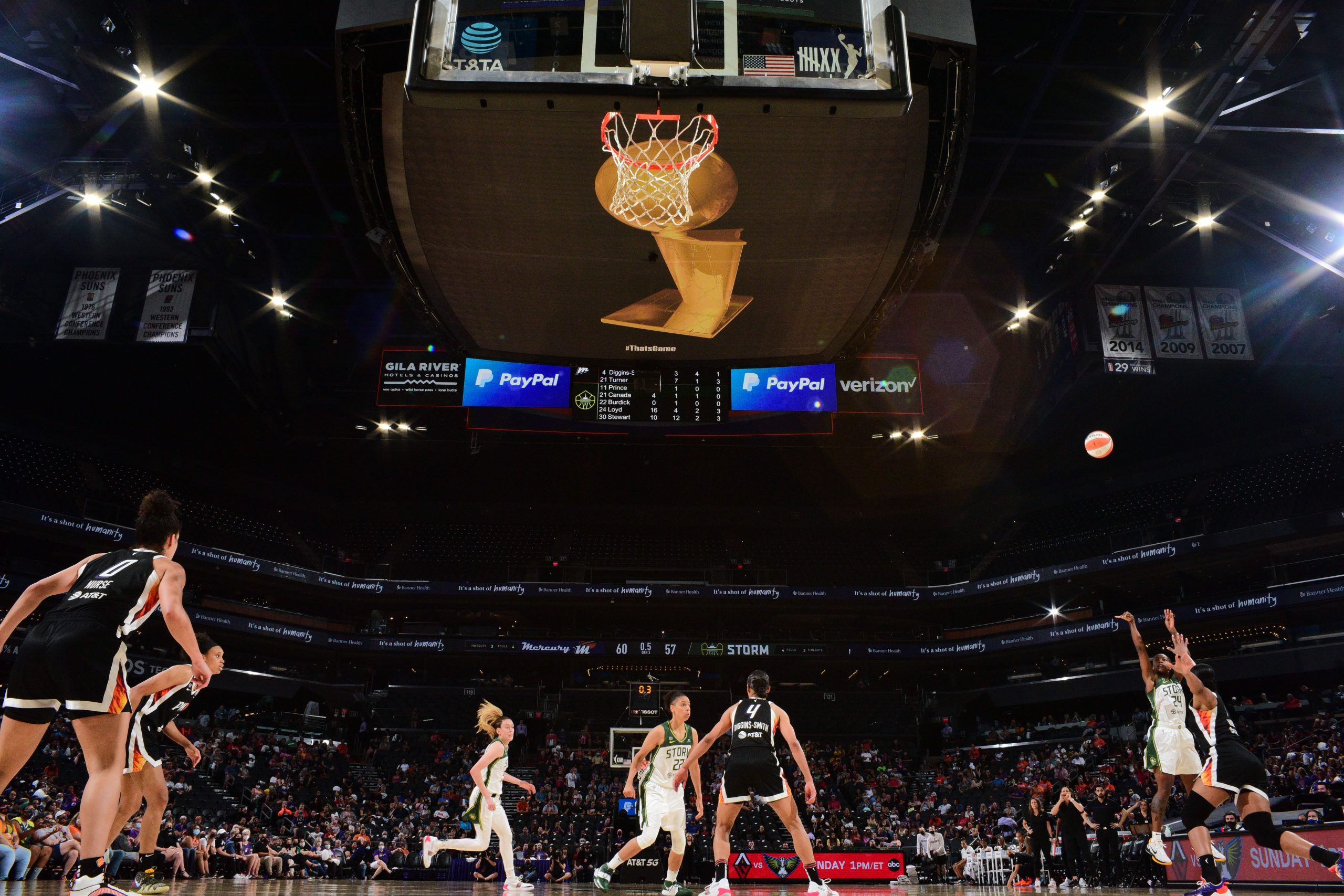 Overcoming personal tragedy and career setbacks, Phoenix Suns coach Monty Williams is on the verge of realizing a life’s dream by becoming an NBA champion.

The 49-year-old American has guided the Suns to a 2-0 lead over Milwaukee in the best-of-seven NBA Finals by building a team culture that’s part “goofy sayings” and part tough conversations about daily work building a foundation for success. “We’re just grateful that we’re in this position and the guys have adopted some of the stuff we’ve tried to implement,” Williams said. “The buy in and commitment was there from day one.” Williams relies on a year of hard work and lessons learned to avoid too much talking these days. “The last thing I want to do is crowd anybody’s mind,” Williams said. “I tell our guys to go hoop. I don’t want them thinking about their shots or whatever may be deemed as a struggle. “When you put the work in the way these guys have… I don’t want to get in his head. We have a saying, ‘reps remove doubt’. If you get your work in, you can trust your work.” It’s how Williams, who spent nine seasons as an NBA forward, has developed since he was a coaching intern for the 2005 NBA champion San Antonio Spurs.

He spent five years as an assistant coach at Portland before taking the head coaching job at New Orleans, where he first met star guard Chris Paul, now in his first NBA Finals with the Suns at age 36. “We both were unbelievably headstrong and competitive and I was probably more ‘my way or the highway,'” said Williams. “Mine was probably a lot of insecurity, trying to show what I knew and prove it as opposed to just coaching. “That probably ruffled feathers, not just his but a number of the players remarked to me that was the case. “After you’ve had some life experiences and listened to people about their evaluations of you, especially people you respect, you have no choice but to change. I’ve learned I would rather be effective over right.”

Williams was fired in 2010 and became an assistant coach in Oklahoma City, where his wife, Ingrid, was killed in a 2016 car accident, leaving him alone to guide their five children. Williams worked as an assistant coach for the 2016 US Rio Olympic gold medal team. After two years away from the game, he returned in 2018 as an assistant for Philadelphia before signing with the Suns in May 2019. “I’ve always felt if you try to have an atmosphere, an environment, where everything was at a high level, you didn’t have to change once you got where you wanted to be,” he said. “We wanted the environment to be a place where guys felt like they were getting better every day. If we were ever in a position to win big, it wasn’t going to feel different.”

Williams delivered sayings such as “Well done beats well said” and “preparation meets opportunity” to focus player thoughts on achievement and improvement day after day. “We talk a lot as coaches,” Williams said. “At the same time we want our guys to hoop and play and be doers. Most of our guys have adopted it and it served us well.” Emotions bubbled over for Williams in a Los Angeles locker room moment earlier this month after the Suns clinched an NBA Finals berth. “The emotions come from the work that goes into it, the decisions you make in your life to get to this point and things people do to help you get to this point,” Williams said. “I think just my desire. I want it badly. I know I’ve been blessed a lot to be in this position. And I never want to lose sight of that. Sometimes it’s overwhelming when I think about how blessed I’ve been.” As poised as he looks on the sideline, Williams tells his children the reality behind the illusion. “I just try to share with them as a man that it’s OK to be nervous and it’s OK to be afraid,” he said. “I’ve gotten a reputation for looking like I’m calm on the sidelines, but if you check my armpits you would think otherwise.”