Talks with insurgents is the military’s role not govt’s: Akhtar Mengal 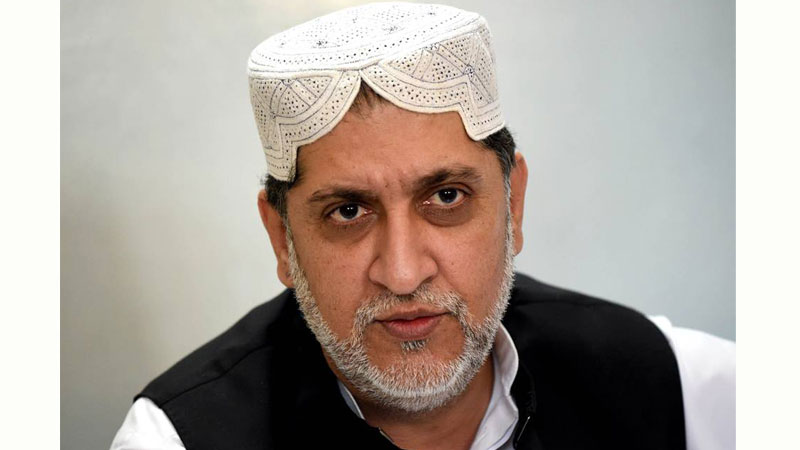 Following Prime Minister Imran Khan’s statement to engage in talks with insurgents, the Baloch leaders have expressed their reservations regarding this plan saying that this decision is for the military leadership to make.

On Thursday night, Balochistan National Party-Mengal (BNP-M) chief Sardar Akhtar Mengal said he was confused by the premier’s recent statement where he said he was considering “talking to insurgents” in the province.

“If I am not wrong, he said he has only thought about it, not decided. And a person’s thoughts can change at any time,” Mengal said, adding that the country’s rulers change their decisions often.

“I don’t think the government is serious. These are not muzakrat (dialogue), they are mazaaq raat (a joke),” he said, adding that the people of the province have been a victim of this “joke” since 1947.

Mengal indicated that the administration lacked the authority or power to negotiate with insurgents. “In the region, there are two areas where the institution has retained its power to itself. Balochistan is the second, and occupied Kashmir is the first.

“No political government has ever been given the powers to resolve the issues of Balochistan,” Mengal said, adding that ground realities needed to be accepted.

“Has the establishment ever expressed remorse over what happened to the people of Balochistan?” he asked. Pointing towards the issue of missing persons, he called on the government to address the problems being faced by the people.

“You won’t need a ticket to London or Switzerland to achieve this.”

Mengal said that work on the six-point agenda his party presented to the prime minister did not require permission from the establishment.

“However, when we used to meet him, he used to say ‘go and talk to the army chief or the director general of the Inter-Services Intelligence’. From his language and from his actions, it is clear that the military establishment does not want to resolve the issue of Balochistan.

“They have a golden bird in their hands […] they will never let it go,” he said.

National Party leader Dr Abdul Malik said that the province had been burning for the past 15 years, holding former military ruler retired Gen Pervez Musharraf responsible for the current wave of militancy in the province.

Malik said his party had always advocated for talks with Baloch militants. “Let me tell you frankly: the political leadership does not have the solution for this. It lies with the military leadership,” he said.

Government and Military-One and the same

Federal Minister for Information and Broadcasting Fawad Chaudhry refuted the claims of the two politicians.

“There is a tradition among certain segments to say that the government and the army are separate. [But] there is no such problem in the current government.” He said that the premier makes the decisions while keeping in mind different points of view.

The information minister also striked at Mengal, saying, “When he [Mengal] needs money for the budget or for favours, he has to speak to the government, not the establishment.”

Fawad, however, conceded that there existed a point of view that Baloch insurgents should not be engaged at all. “We will look at this on a case-to-case basis. We will see who we can talk to and who we can’t.”

Fawad said that the prime minister had first announced that he was thinking of speaking to insurgents in the province. Then he appointed Shahzain Bugti as his special assistant on reconciliation and harmony in Balochistan.

“In the third phase. we will determine which groups we can talk to and which ones we can’t. Then we will have to see what can be talked about, as well as what concessions can or can’t be offered by the state.”

The information minister added that groups linked to India have been excluded from the process of talks that are to be held.

“It will be hard to engage with those who have taken money from India for terrorism in Pakistan. Those who were used [by someone], that is another matter,” he said.