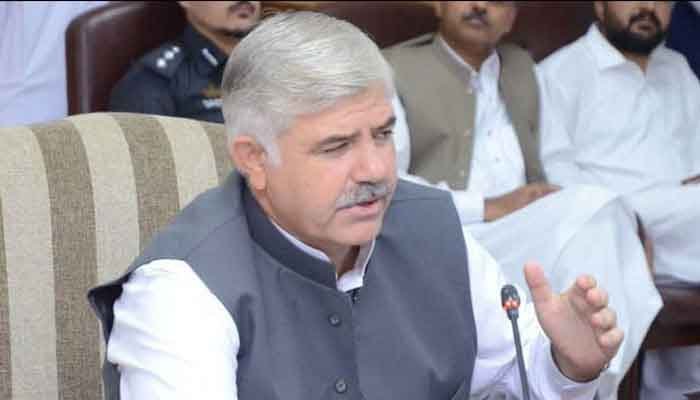 He was addressing a 40-member jirga of the elders of Jani Khel tribe of district Bannu that called on him here and apprised him in detail about all the issues being faced by people of the area.

The Chief Minister assured the jirga to resolve all their problems on a priority basis, maintaining law and order to ensure rapid development of the area.

In order to provide employment opportunities to the youth, the Chief Minister announced recruitment of five platoons comprising of Jani Khel youth in Frontier Constabulary and said that all expenses would be borne by the provincial government.

He directed the authorities concerned to prepare a proper case in this regard at the earliest and submit it for approval. The Chief Minister also announced the construction of a police station in the area.

The Chief Minister lamented that some elements tried to incite the people of Jani Khel against the government for their political purposes. However, the people did not listen to them and thwarted their nefarious designs.

Mahmood Khan said that being the Chief Minister, he is striving for peace and development in all parts of the province for which result oriented steps were being taken.

The Chief Minister further said that the provincial government stands by agreement reached with the people adding that the promises made to them would be fulfilled.

The Chief Minister thanked the elders of Jani Khel for holding the successful jirga and appreciated the efforts of the administration in this regard.

The elders of Jani Khel also thanked the Chief Minister for convening the jirga and giving them time to listen to their concerns and assured full cooperation with the government for maintaining peace and bringing development in the area.