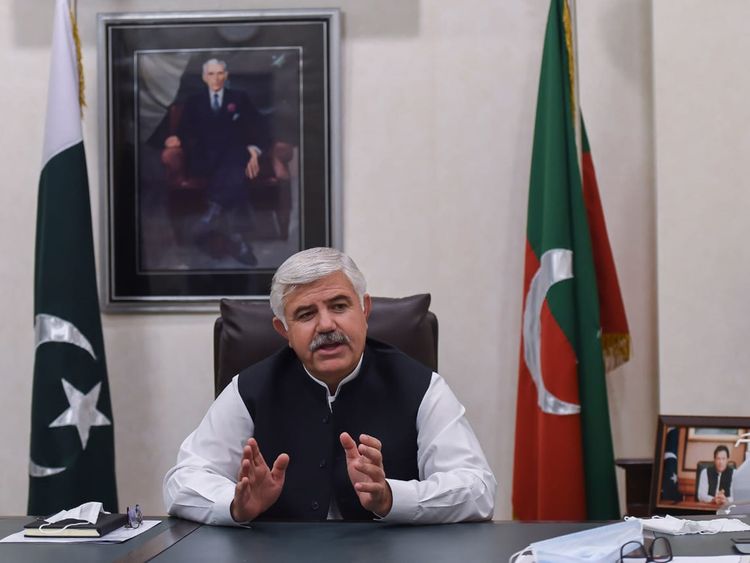 PESHAWAR: Chief Minister Khyber Pakhtunkhwa Mahmood Khan on Tuesday directed the concerned authorities to make investors bound to start physical work on their industrial units within six months of allotment of their plots.

He said in case of failure in starting practical work within the specified time period, the allotment of the plot would be cancelled.

He issued these directives while presiding over a seventh meeting of the Board of Directors (BoD) of Khyber Pakhtunkhwa Special Economic Zones Authority on Tuesday.

Special Assistant to CM on Industries Abdul Karim and other board members attended the meeting.

The board also approved the status of the Special Economic Zone for Mohmand Marble City and directed the authorities concerned to acquire additional land of 2000 acres and prepare a feasibility study for the purpose.

The chief minister said the basic purpose of establishing Economic Zones was to provide employment opportunities to people by promoting the industrial sector in the province for which all the stakeholders including Industry Department would have to fulfill their responsibilities well in time.

The chief minister directed the quarters concerned to accelerate the shifting of marble factories from Warsak Road, Malagori, and Shabqadar to newly established Mohmand Marble City (Mohmand Economic Zone) further directed to ensure timely provision of the facilities to investors in all the economic zones in the province.

Earlier, briefing about the implementation status on decisions taken in the 6th BoD meeting of KP-SEZA, it was informed that the Federal Board of Investment (BOI) has approved the Zone Regulations for Rashakai Special Economic Zone which have been made part of the development agreement already signed.

Similarly, the Special Purpose Vehicle (SPV) of Rashakai Special Economic Zone has been registered with the Security Exchange Commission of Pakistan.

The meeting was also briefed about the latest development on Mohmand Economic Zone and informed that 106 plots of different categories, out of a total of 290 plots, have already been allotted, adding that 132 KV grid station and water supply network was available in the zone.

The forum also discussed and reviewed the proposal regarding the status of Sole Enterprise SEZ for manufacturing Cement and allied building materials in D.I.Khan and accorded approval to submit the same for approval of the Board of Investment, Islamabad.

Chief Minister has directed the quarters concerned to ensure visible progress on all economic zones projects and said that it was among the top priorities of government to provide job opportunities to the people by promoting Industrial activities in the province, adding that the provincial government would provide all-out support in this regard.

Chief Minister also directed the concerned authorities to ensure that plots in Rashakai Special Economic Zone are leased out as selling of such plots is not allowed.

He further directed authorities of industry department to ensure timely provision of utilities to all economic zones to ensure that work on the installation of plants have been launched within the six months of plot’s allotment.