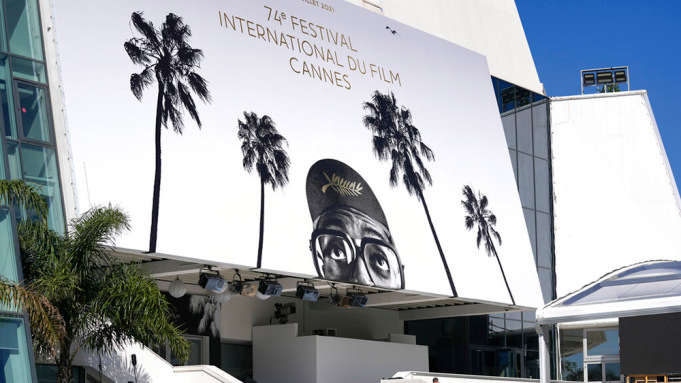 Cannes — the glamour, the pop of champagne corks, the endless parties … and now the dawn chorus of Hollywood stars hocking up to spit into plastic funnels.

The new ritual is the latest addition to the layers of ceremonial that surround the world’s biggest film festival.

Every day thousands of festival goers from the highest paid actors to the humblest film blogger have to undergo Cannes’ “gross” Covid spit tests.

Everyone from outside the EU is subject to the indignity if they want to set foot in the Palais des Festivals, where all the red carpet premieres are held.

“You need to spit in a plastic tube over and over again even if you’ve been vaccinated,” wrote its executive editor Ramin Setoodeh.

“And it’s gross and surprisingly difficult.”

Setoodeh was “ushered into a large room and handed a plastic container, along with a funnel… and instructed to aim your spit behind a socially-distanced partition. Some missed, hitting the floor or their clothes.”

Many, like The Guardian’s film critic Peter Bradshaw, could not summon up enough spittle after trudging through crowds on the baking sea-front road, the Croisette.

“Spitting into a plastic cup doesn’t exactly say the glamour of the Cannes film festival,” he told AFP.

“It is not likely to go into the showreel with Jeanne Moreau and Fellini, but needs must,” he added, after the festival was cancelled last year because of the pandemic.

Fellow British critic Guy Lodge was able to boast on Twitter that his “spittle donation” was deemed “parfait” by the testing official.

“But shouldn’t there be some saliva-inducing visual aids?” he suggested. Like a picture in the booths of a particularly dishy director or “a shelf of freshly baked baguettes? Just a thought, Cannes”.

“No one is exempt. Everybody has to submit to the rules,” Cannes director Thierry Fremaux insisted, even the biggest names.

Yet Fremaux himself was at the centre of a mini-scandal when he kissed Hollywood actress Jessica Chastain on both cheeks on the red carpet on opening night.

As of Tuesday night, none of the thousands of movers and shakers who have descended on the Croisette had tested positive, biologist Dr Guillaume Armana told AFP.

“But we have to be careful. The place is hopping and we know that the Delta variant is there,” he warned.

But the question remains, “what are they going to do with all the spit they’re collecting,” asked renowned British critic and historian Jonathan Romney, another visitor forced to queue and hock up every other day, because of Brexit.

“I hear they’re saving it up in a big tank for Gaspar Noe to use in the special effects of his next film,” he joked, referring to the abundance of bodily fluids in the movies of the notorious director of “Climax”, whose latest feature “Vortex” is also premiering at Cannes.