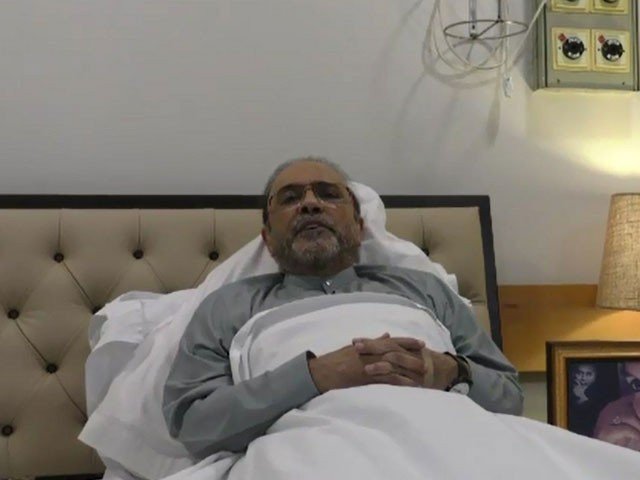 The National Accountability Bureau (NAB) had issued a call-up notice to the former president on June 15 directing him to appear before the accountability watchdog on June 24. The NAB was investigating into Mr Zardari’s ownership of a flat in New York.

The former president filed an application in the IHC terming the NAB’s call-up notice baseless and an attempt to soil his name. The petition denied NAB’s claim that the property belonged to Mr Zardari and that the notice was issued just to harass him at the behest of PTI government.

The petition pleaded to the court to grant him interim bail till the case was decided.

During today’s hearing, Mr Zardari’s counsel Farooq H Naik told the court that the former president was under treatment in a hospital. He pleaded for Mr Zardari’s exemption from the court appearance. However, he said if the court would summon him, then Mr Zardari would attend the hearing.

Justice Minallah remarked that he was afraid that the case might not set a precedent for others if the court granted bail to the former president in his absence.

Justice Farooq said that it was a set rule that the petitioner seeking pre-arrest bail must be present during the hearing of his case.

Mr Naik requested the court to give him protective bail so that Mr Zardari could appear before the court.

On this, Justice Minallah remarked that Mr Zardari could obtain protective bail from the Sindh High Court on which Mr Naik told the court that he was ill and was admitted in the hospital.

Asif Zardari has been admitted to Ziauddin Hospital in Karachi after he had visited Islamabad a few days ago.