Working undercover every day as a straight Catholic 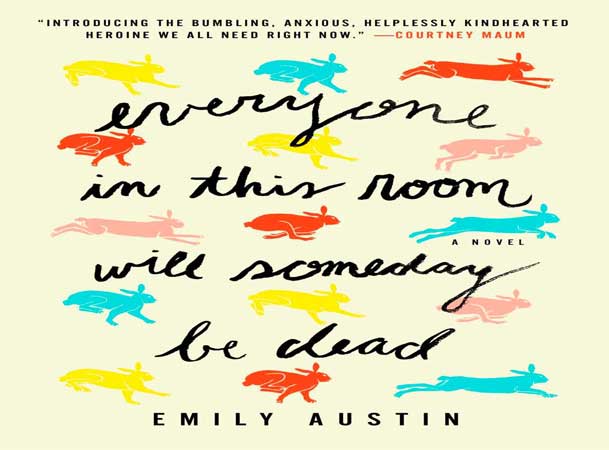 In Emily Austin´s first novel, “Everyone in This Room Will Someday Be Dead,” 27-year-old Gilda is anxious, insecure and lost. She struggles to hold down a job and is a massive hypochondriac, visiting the emergency room multiple times per week. She is constantly thinking about death, how many ways there are to die, and the insignificance of her own existence. She´s also obsessed with making sure her presence in the world does not have a harmful effect on others. Everyday tasks are difficult for her. Often, she can´t bring herself to respond to texts from a girl she really likes, show up to work, or even do the dishes. One day, Gilda responds to a flyer for free therapy at a Roman Catholic church. When she arrives, the priest thinks she is there for a job interview to replace the receptionist who had recently died. Gilda, who just lost her job, doesn´t correct him. She is hired, and now Gilda, a gay atheist, must work undercover every day as a straight Catholic. But as the circumstances of the former receptionist´s death become more and more suspicious, Gilda finds herself swept up in a murder investigation.