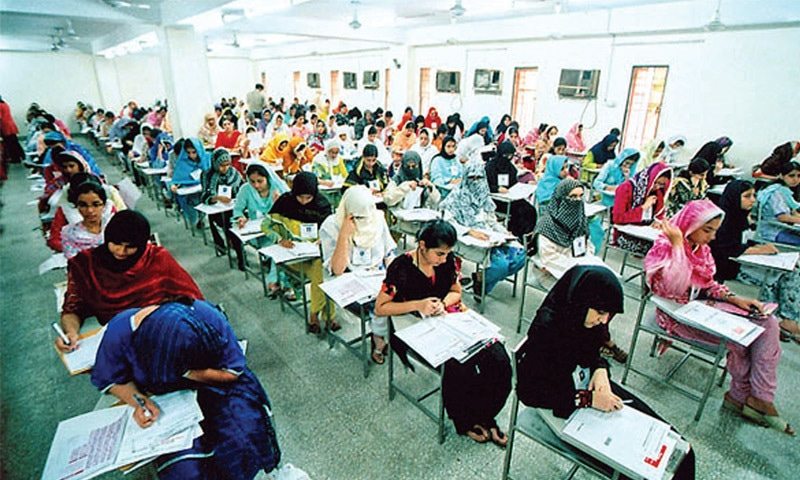 The second shift of the Secondary School Certificate (SSC) Annual Examination 2021 (matriculation exams) was marred by mismanagement, as the papers for economics and Islamic studies could not reach several examination centres.

A school administration in the city’s Maripur area was forced to send students back after they did not receive the examination papers. The exam was scheduled for 2:30pm, but it did not start after several hours.

Earlier in the day, a physics paper was leaked at an examination centre in the metropolis as the matriculation exam kicked off today, according to a private tv chanel.

Per the report, the paper started at 9:30am and the questionnaire was available outside the examination centres after four minutes, exposing lapses in the education ministry’s administration.

There were reports that the paper started late at several examination centres, including one in Malir where the students and their parents expressed disappointment over the situation.

A teacher at the Al-Asif Government school in Malir, where the question paper was not received in time, however, had clarified that students will get the stipulated two hours to complete their paper.

At a school in Surjani Town, the question paper was not delivered till 1pm, with parents and the students still waiting for it. The paper had not arrived at the time this story was filed.

Furthermore, Geo News obtained videos showing students using mobile phones openly during the exam, despite a ban on doing so. As per details, solved papers were being shared on the phones which the students were using to cheat in the exams.

Meanwhile, Education Minister Saeed Ghani issued a statement following reports of mismanagement on the first paper, saying he is “looking into” the issues.

“Education boards do not fall under my jurisdiction,” he clarified.

According to the Board of Secondary Education Karachi (BSEK) Chairperson Syed Sharaf Ali Shah, a total of 348,249 students have registered for the grade IX and matric exams in the Science and General groups.

Of the 438 examination centres, 185 have been set up in government schools and 253 in private schools where 201 centres are for girls and 237 for boys.

A reporting cell has been set up at the board office to monitor the examinations.

Special teams of the board will take steps to prevent the copy culture.

At the request of the BSEK chairperson, the district administration has issued letters to law enforcement agencies to enforce Section 144 on all examination centres, under which external interference would be prohibited.

He has also warned students not to bring mobile phones to the exam centres or else they will be confiscated.