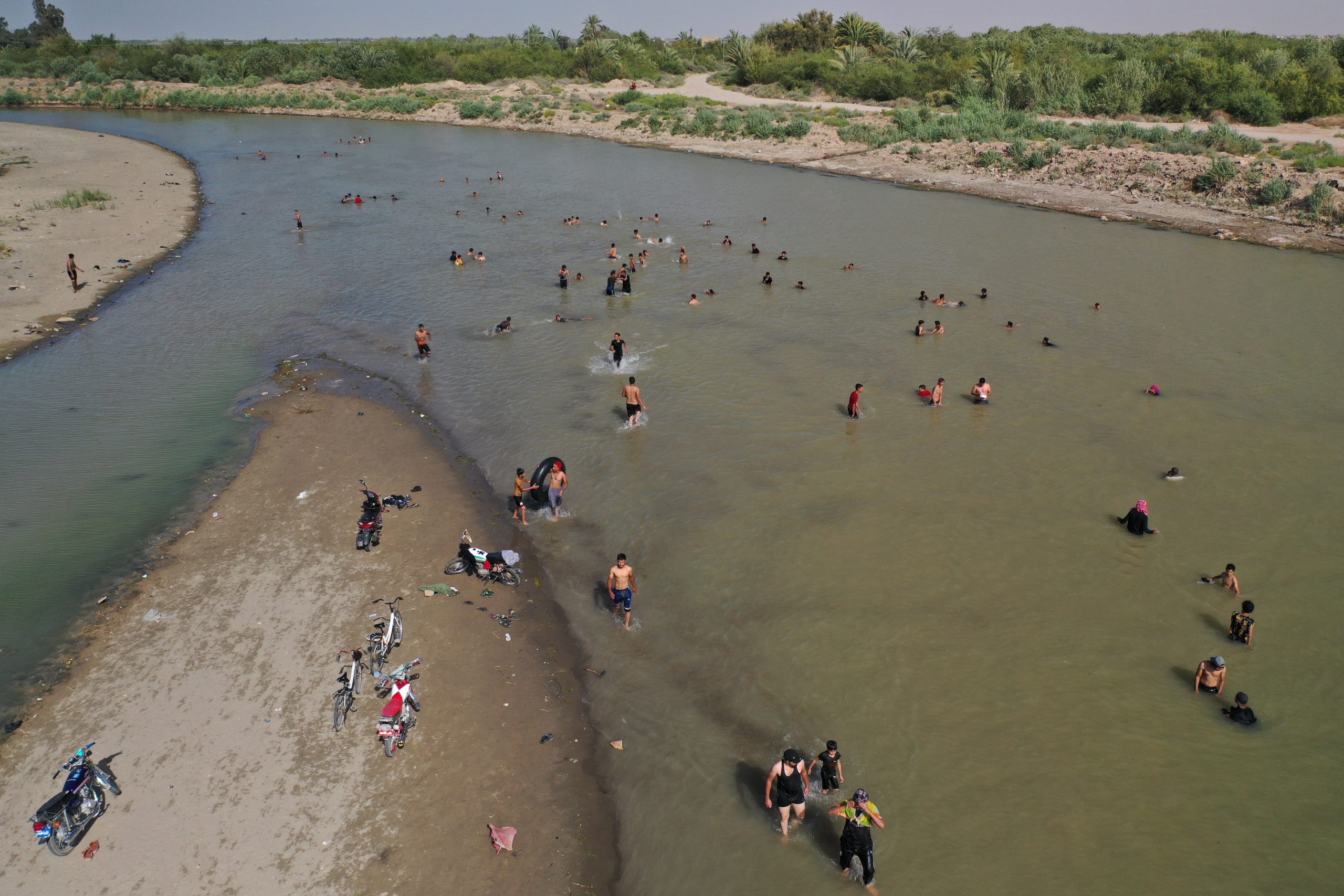 When the mercury soared to 52 degrees Celsius (125 Fahrenheit) this week in Iraq, Ali Karrar placed his baby for a couple of minutes in the fridge.

But when the power went off on Thursday night across oil-rich Iraq, people were left at a loss as to how to escape the torrid heat. Those with the means hooked up fridges, air conditioning units and fans to private generators — but not Karrar, who lives in the town of Al-Hillah, as well as others across the impoverished and rural south. Four southern provinces have been without electricity since Tuesday, including Basra — home to Iraq’s main port. Sizzling temperatures have been compounded by high levels of humidity. “The children sleep right on the floor to try and stay cool, but us, the adults, haven’t slept a wink these past nights,” Meshaal Hashem, a Basra docker and father of three, told AFP. In the city of Diwaniyah, Rahi Abdelhussein buys bags of ice to cool down his children, saying it helps hydrate them. Shops have placed hoses and makeshift showers outdoors to attract customers to stop.

Anger has mounted among Iraq’s 40-million population, with corrupt politicians at the centre of a blame game for its poor services and dilapidated infrastructure. “The electricity ministry is blaming the oil ministry which is blaming the finance ministry, and the finance ministry says the culprit is Iran, but Iran says it’s the Iraqi government’s fault, and the government lays the blame on the people who accuse politicians of shortcomings,” Iraqi political analyst Sajad Jiyad tweeted. “The politicians just shrug and say, ‘We’ve got to live with it.'” Boiling temperatures and power outages often go hand in hand during the summer months in Iraq, but there are other factors behind the latest crisis. Iraq — the second largest producer in the OPEC oil cartel — buys gas and power from neighbouring Iran to supply about a third of its power sector, dilapidated by decades of conflict and poor maintenance.

But Iran decided Tuesday to cut supplies to its neighbour, saying the Iraqi electricity ministry owes it more than $6 billion in arrears. Iraq says it is unable to pay because of US sanctions on money transfers to Iran, a deep financial crisis compounded by lower oil prices, and the Covid-19 pandemic. The government in Baghdad also says few consumers are paying their utility bills, with many stealing electricity by hooking up lines illegally to power mains.

Endemic corruption was a key driver of protests that shook Iraq from October 2019 to June 2020. Iraq is ranked 21st from last bottom on Transparency International’s Corruption Perceptions Index, with tens of billions of dollars missing from state coffers. The latest power outages have sparked protests and clashes with police in the southern provinces of Missan and Wasit, leaving 12 people wounded, seven of them policemen.

The electricity ministry says the blackouts, which started in the south before spreading to the rest of the country, were caused by unexplained attacks on power lines. “Someone is trying to destabilise the country and sow chaos,” ministry spokesman Ahmad Moussa said on television, without giving further details. As for electricity minister Majed Hantoosh, he resigned on Monday, a day before Tehran announced its cutback in supplies. It was the 18th year in succession that Iraq’s minister of electricity has failed to survive the summer season. In June, a senior official said Iraq wants to build eight nuclear power reactors by 2030. According to experts, Iraq should instead renovate its infrastructure, because between 30 and 50 percent of power capacity is lost due to outdated circuits.