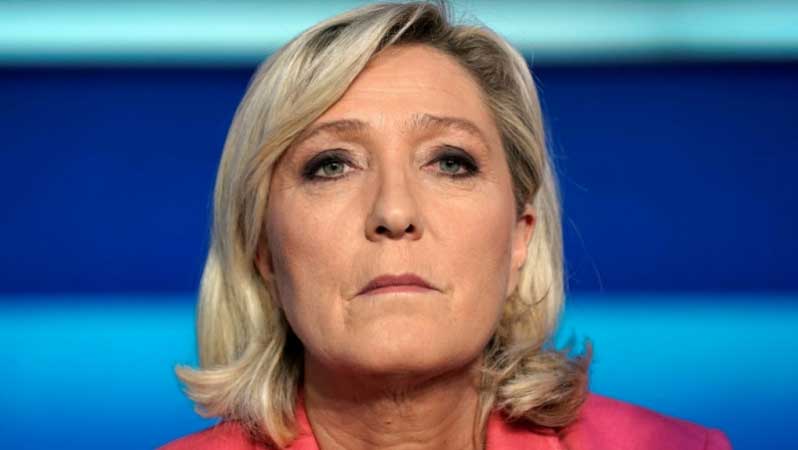 Last month’s vote saw Le Pen’s National Rally (RN) fail in its bid to gain control of at least one of the 13 regions of mainland France for the first time, after initial polls had indicated it could pick up several.

While the regional elections are very different to next year’s presidential race, the failure raised questions about the strategy of Le Pen, who in recent years has sought to rebrand her party as a more mainstream right-wing force.

It was little consolation for her that Macron’s ruling centrist Republic on the Move (LREM) party fared even worse, with the traditional right showing signs of a resurgence. Most analysts have expected the 2022 presidential race to come down to a duel between Macron and Le Pen — in a repeat of the 2017 scenario — but this is no longer seen as a forgone conclusion.

The two-day congress on Saturday and Sunday is being held in Perpignan in the south of France, the largest city controlled by the RN, under Mayor Louis Aliot. “We must ask ourselves why our voters did not turn out. There is a general context. But we have our share of responsibility. We have to analyse things well and respond to them in an effective way,” Aliot told Sud Radio.

Le Pen, who held closed-door talks with Aliot on Saturday, is due to deliver her keynote address to the congress at 1300 GMT on Sunday.

The party is increasingly riven by tensions over how far it should push what insiders call a process of “de-demonisation” by toning down once strident rhetoric against immigration and the EU.

Le Pen was widely regarded as underperforming in the 2017 campaign and there have even been whispers that another figure, such as controversial TV pundit Eric Zemmour, could present a rival far-right candidacy from outside the party. Also under pressure is the party’s deputy leader Jordan Bardella, aged just 25 and the face of the new generation, who flopped in the regional elections as a candidate for the Ile-de-France region that includes Paris. The congress should also decide who should take on the day-to-day running of the RN while Le Pen is busy with election campaigning, with both Bardella and Aliot in the running.

It was Marine Le Pen’s father Jean-Marie who unleashed a shockwave through French politics in 2002 when he made the run-off against Jacques Chirac in presidential elections at the helm of the National Front (FN), which his daughter then rechristened the RN. Leading grumbles about the direction the party has taken, Jean-Marie Le Pen said after the regional elections that the RN needed to re-discover its “virility” and lead the debate again on the key battlegrounds of immigration and insecurity. Jean-Marie Le Pen was thrown out of the party in 2015 after a series of inflammatory remarks and has loudly complained about its so-called “de-LePenisation”. Analysts believe that Macron and his government have tacked to the right in recent months in a bid to take the initiative on these areas that the RN regarded as its territory.

Recent opinion polls have also made unhappy reading for Marine Le Pen, showing that Macron would lead her in a first round of presidential voting and then easily win the run-off. The latest survey by polling firm Elabe for BFMTV said that Macron would pick up 29-31 percent compared with 23-25 percent for Le Pen with the president then winning the second round on 60 percent.