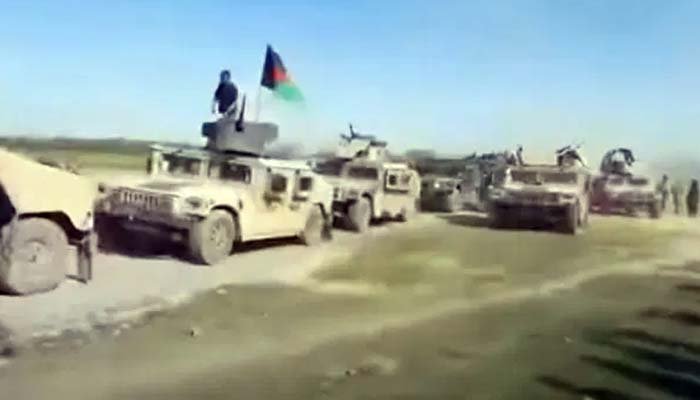 The Taliban has captured a staggering 700 trucks and Humvees from Afghan security forces as well as dozens of armored vehicles and artillery systems in June alone, according to an investigation report quoted by The Sun.

The publication said some images posted on social media were investigated.

And that, in turn, implies huge volumes of military equipment donated or sold to Afghanistan to help it fight the Taliban may instead continue pouring into that very group’s hands.

The tally comes from an open-source investigative report published at the Oryx blog by Stijn Mitzer and Joost Oliemans.

The blog was earlier distinguished for its detailed open-source investigation on equipment losses in the 2020 Nagorno-Karabakh conflict.

At least 700 military vehicles have reportedly fallen into the Taliban’s hands. Photo: The Sun via YouTube according to the blog, as of the evening of June 30, the study found evidence of 715 light vehicles falling into Taliban hands, with another 65 destroyed.

Foreign media reports said the Taliban seized equipment and ammunition left behind by US forces.

According to media reports, a video released by the Taliban also claimed that they had seized several weapons from Afghan forces. The Taliban have, however, not yet released any photos or videos yet in this regard.

The last US forces today left Afghanistan’s Bagram airfield after 20 years in the war-torn region.

According to Afghan officials, the Bagram airbase was the center of the US war against al-Qaeda.