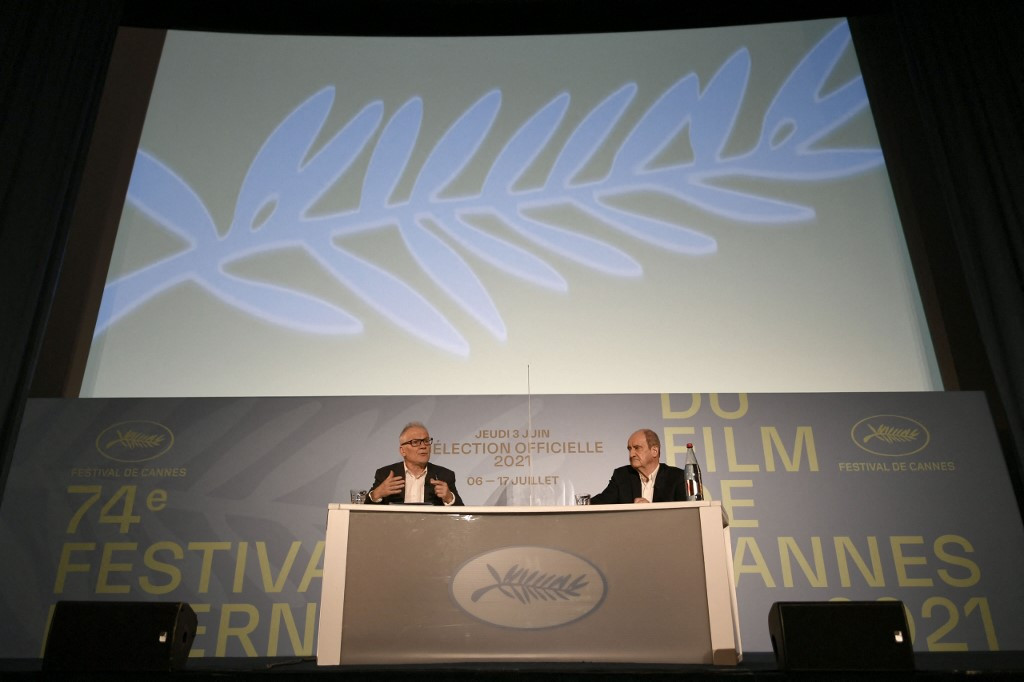 The battle for after-party invites was always fierce at the world’s most glamorous festival, but thanks to social distancing rules it will be even harder than usual to get past the doorman in Cannes this year.

“We won’t be able to do just whatever we want,” warned Cannes Film Festival president Pierre Lescure.

“We are not going to have a lot of parties and big gatherings that could create difficult consequences.”

The parties had already been scaled down in recent years from the festival’s golden age last century, due to the economic downturn and pressure from locals for a bit of peace.

But now the pandemic has really put a downer on things.

“It’s our responsibility to everyone — the festival, the town, the participants — that this post-pandemic event goes smoothly,” said Lescure.

What that means in real terms is that hangers-on are getting axed from the guest lists.

One of the high points — the gala for US AIDS charity amfAR — is still going ahead, but the number of attendees at this year’s event on July 16 are falling from 900 to 400.

The star power will still be in evidence, however, with Alicia Keys performing and Milla Jovovich, Nicole Kidman and Heidi Klum confirmed to attend.

Chopard, the jewellers who make the actual Palme d’Or trophy, have cancelled their grand party — another of the usual high points — in favour of a few select get-togethers on the terrace of the Martinez hotel.

“In any case, for the last decade, the budget for parties has fallen considerably. Parties that had once gathered 1,000 people were already down to 300,” Dominique Segall, one of France’s top press agents, told AFP.

“A festival without real parties seems unimaginable,” lamented Alexandre Maras, party correspondent for Gala magazine, whose Cannes supplement has been cut from seven pages to four.

“The parties are part of the festival. Now the events will be even more exclusive… even more premium,” he said.

Some see this as long overdue.

“A new era is dawning. The Cannes parties often had lots of people who had no business being there,” sniffed Albane Cleret, one of the last great party hosts at the festival.

Her “Terrasse by Albane” takes over the roof of the Marriott Hotel to become one of the most exclusive spots of the festival.

“Now we can have dinners where we put the world to rights, and really talk business.”

One undeniable advantage of all this: the Cannes municipality says orders for garbage bins are sharply lower this year.