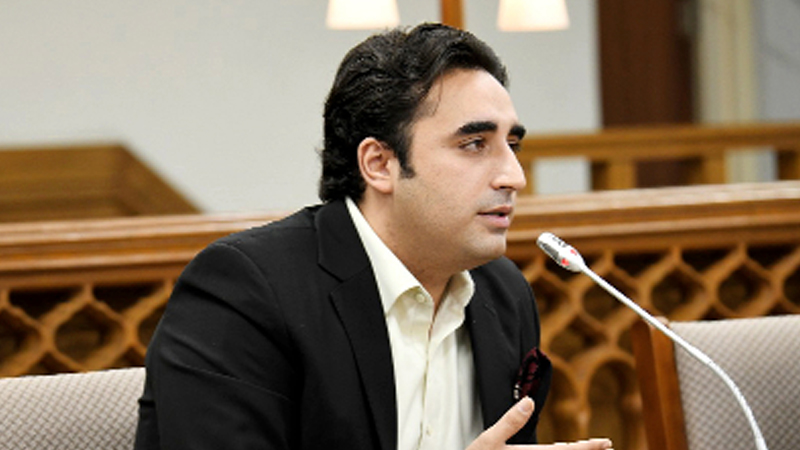 PPP Chairperson Bilawal Bhutto has denied media reports of TikTok star Hareem Shah tying the knot with a PPP provincial minister from Sindh. Speaking to the media after a press conference at Zardari House in Islamabad, he denounced the claims as a “conspiracy to divert attention from [other] problems”.

Shah recently announced that she had married a PPP lawmaker, but stopped short of naming him.

When asked who the gentleman was, Bilawal said, “ No such thing has happened,” while stressing that these kinds of rumours have no value. Earlier, Sindh Information Science and Technology Minister Taimur Talpur was forced to rule himself out as the ‘mystery man’ while referring to the matter as a publicity stunt. Nevertheless, he had come under the spotlight due to his Rolex watch. A pictured shared by the TikTok star on her social media showed a woman and man’s hands. The latter was wearing the same watch, sparking rumours of an engagement. The image was later deleted. However, Internet sensation Shah insisted that she would soon lift the lid on her groom and the wedding.