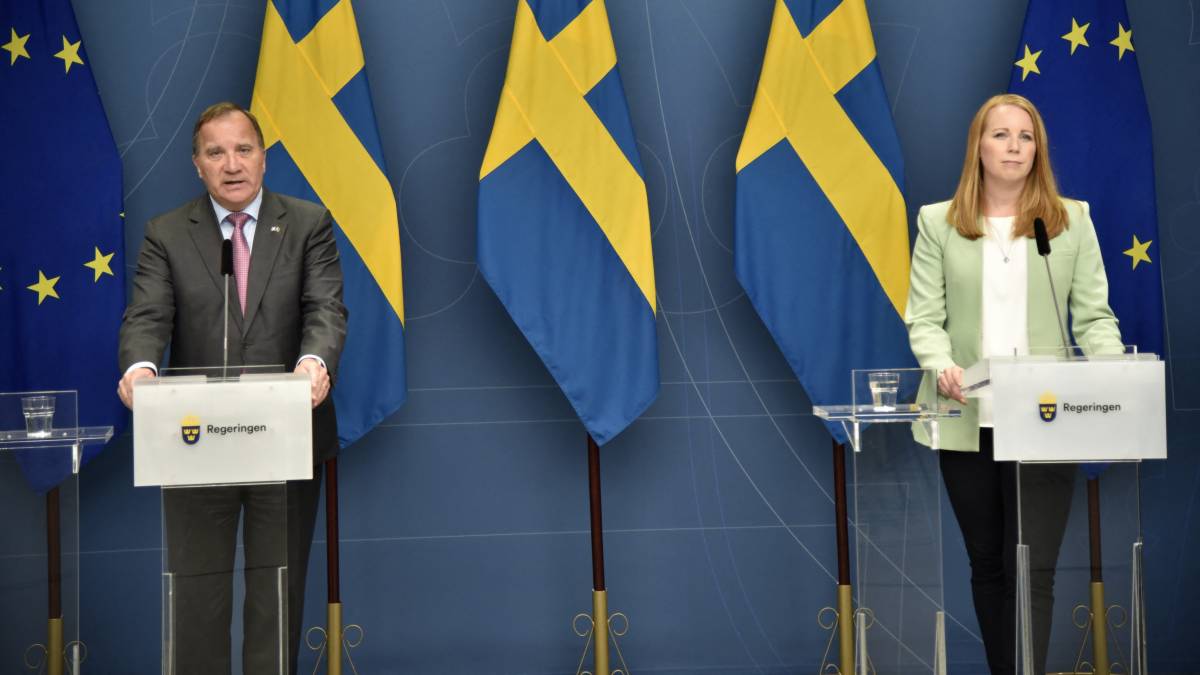 The move came after the leader of Sweden’s largest right-wing opposition party, Ulf Kristersson, announced earlier that he was giving up on trying to secure a majority of his own. “The parliamentary conditions to form a new right-wing government are simply not there,” Moderate Party leader Kristersson told a press conference Thursday morning. Norlen had tapped Kristersson on Tuesday as the leader of the largest party among those that voted to oust Lofven, the first prime minister in Swedish history to lose a confidence vote. After Kristersson conceded, Norlen said he had telephoned Lofven “and given him the mission to probe the conditions to form a government that can be tolerated by parliament”. That means Lofven could potentially see a quick return to power after announcing his resignation on Monday. “My message remains that the Social Democrats and I are ready to shoulder the responsibility of leading the country forward together with other constructive forces,” Lofven said in a social media post.

An “unholy alliance” of parties, from the Left Party to the far-right Sweden Democrats, teamed up to oust Lofven on June 21. The confidence motion was filed by the Sweden Democrats after the Left Party, which had previously propped up Lofven’s government, said it was planning such a motion itself in a row over housing policy. The Left Party had been unhappy with a plan to ease rent controls for newly-built homes, a policy which proponents argue is a step towards reforming Sweden’s dysfunctional housing market. Lofven had agreed to the policy to secure the support of two other centre-left parties for his government, as part of a drawn-out struggle to find a workable coalition following inconclusive elections in 2018. But the Left Party and other critics see any easing of the rent controls as fundamentally at odds with the Swedish social model, and a threat to tenants’ rights.

The Moderate Party and the Christian Democrats were quick to join the effort to oust Lofven, and he was voted out by 181 MPs in the 349-seat parliament. But under the Swedish system, a prime minister must simply be “tolerated” by parliament — meaning Lofven could secure office again so long as a majority does not vote against him. Parliamentary deadlock after the 2018 election meant the process of finding a prime minister took four months, but Norlen stressed this week that it “could not take that long” this time around. He gave Kristersson just three days to gauge potential support for a right-leaning government, and said he hoped to have a first vote on a new prime minister next week. Lofven has been given until Monday to report back. Should four votes to elect a new prime minister fail, a snap election will be called automatically and held within three months. The next general election in Sweden is scheduled for September 2022 and will go ahead regardless of a snap election — meaning Swedes could be heading to the polls twice in the space of a year.